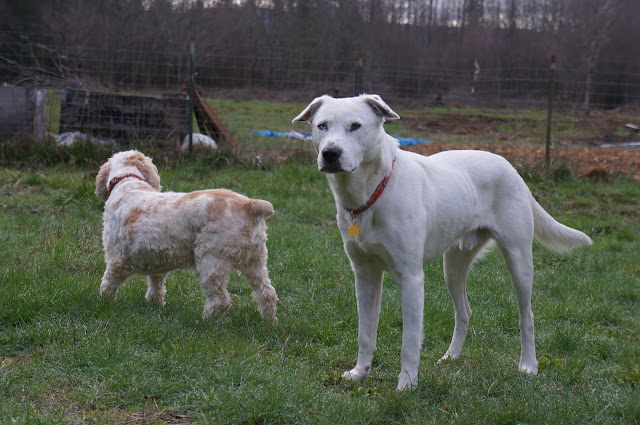 Cooper is the newest addition to our family.  Cooper is from California and is approximately 2years old and possibly a Lab/Husky/Staffordshire Terrier.  We adopted Cooper from a wonderful rescue here in Oregon called FurFriends Animal Rescue, they save dogs from shelters in California that are scheduled to be euthanized.  There are a lot of dogs in California that are euthanized each year, this includes a lot of dogs that are otherwise adoptable.  In the past we have generally adopted our dogs from local shelters such as the county shelters, and I still support these shelters.  You can always find a lot of amazing dogs at the local county shelters, and at smaller rescues that transport dogs from other states.   When I saw a picture of Cooper and read about him, I completely fell in love with him and knew he was meant to be part of our family.

Cooper arrived at a shelter in California with his brother.  Cooper's name was previously Cannabis and his brother was named Toker (gives you an idea who might have previously owned him).  Unfortunately Cooper's brother was aggressive towards Cooper and poor Cooper was covered in bite marks, he still appears to have some scars from this where his fur has not grown back.  Cooper's brother got adopted first by another rescue, and Cooper was left waiting to find a family.

Time was running out for poor Cooper, it was down to his last day, he was scheduled to be euthanized and he still hadn't been adopted.  The wonderful people at the shelter and FurFriends Animal Rescue were desperately racing against time to get him out of the shelter and into a foster home.  Luckily there was an amazing employee at the shelter in CA that hid Cooper in his office, saving him from death until the Rescue was able to get him into a foster family.  Cooper actually jumped up and gave this employee a big hug when he was leaving.

Cooper was lucky to find an amazing foster family that took him in, helped him heal and got him ready for adoption.  Upon being released from the shelter, Cooper was very underweight, had kennel cough and was very stressed and scared.  His foster family was patient and took time to help him adjust and gain some weight.

Once I adopted Cooper he was put on a bus and transported through the night up to Oregon by an organization called Rescue Express.  Rescue Express makes trips down to California twice a month picking up multiple dogs.  Rescue Express then drives up to Oregon and Washington, where rescues are waiting to pick up the dogs.  Cooper was scheduled to arrive at approximately 3am on Sunday morning, along with many other dogs.  I was anxiously awaiting his arrival and the early morning was filled with texts from Kasha at FurFriends keeping me posted on the estimated time of arrival.  Due to bad weather in Southern Oregon the bus was running late (thank goodness they took their time and drove safely in the bad weather).  When they arrived the bus was filled with lots of dogs that  had been on the bus all day and night and were very excited to get off and stretch their legs.  This process of going to pick up dogs in the early morning hours is a normal occurrence for the people that operate these small rescues.  It is so wonderful how dedicated these people are,  many of them also have regular jobs in addition to rescuing dogs. 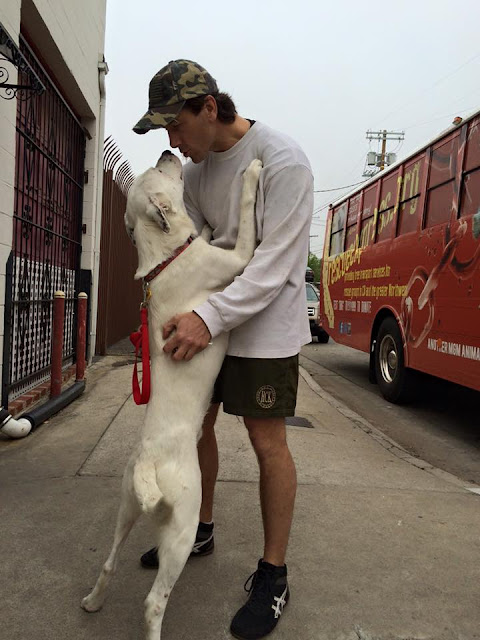 Cooper giving his foster dad a hug and kiss goodbye before getting on the bus headed for Oregon. 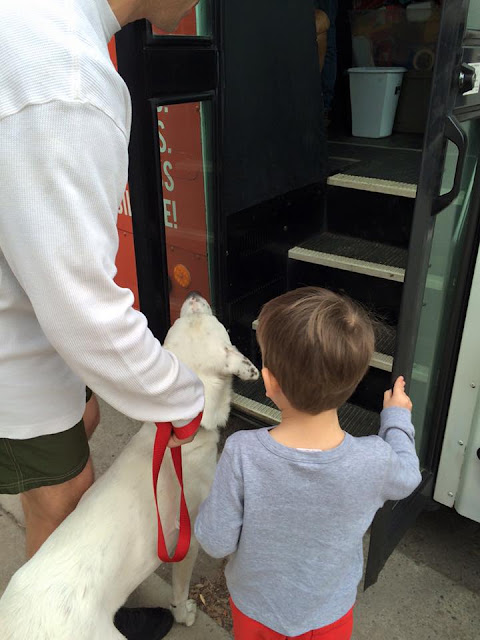 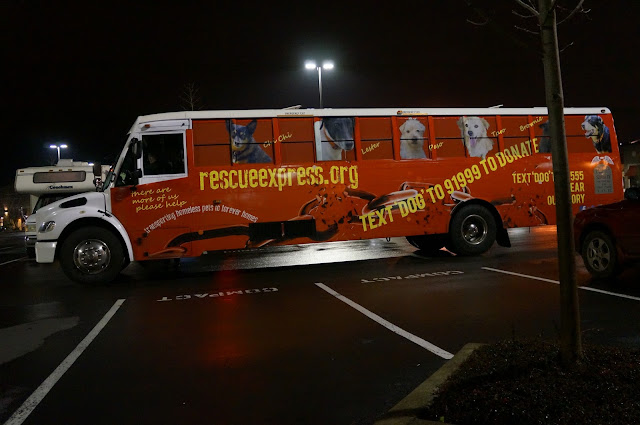 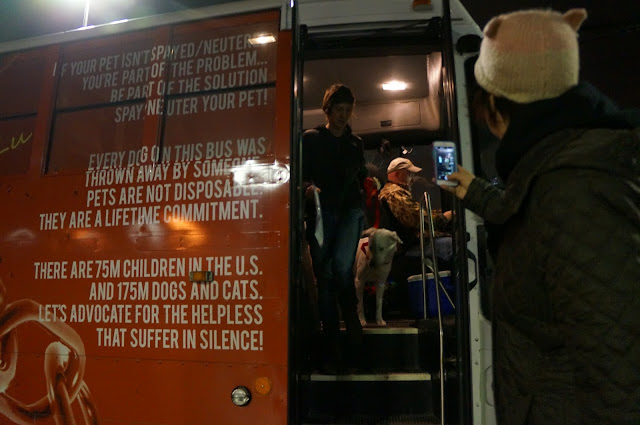 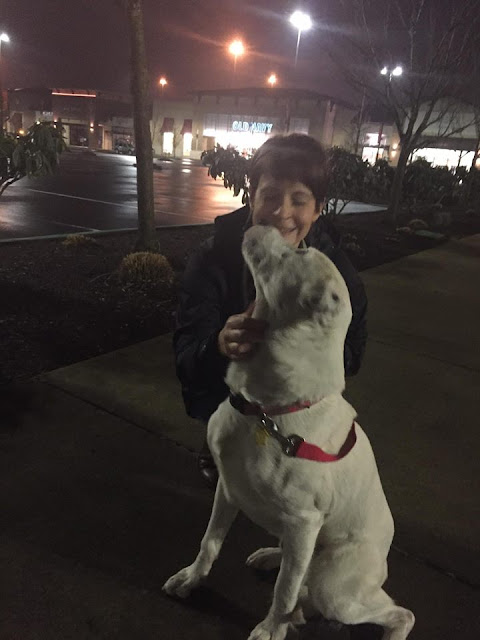 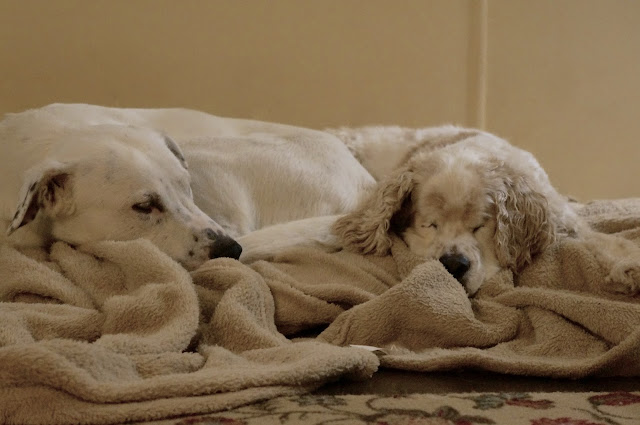 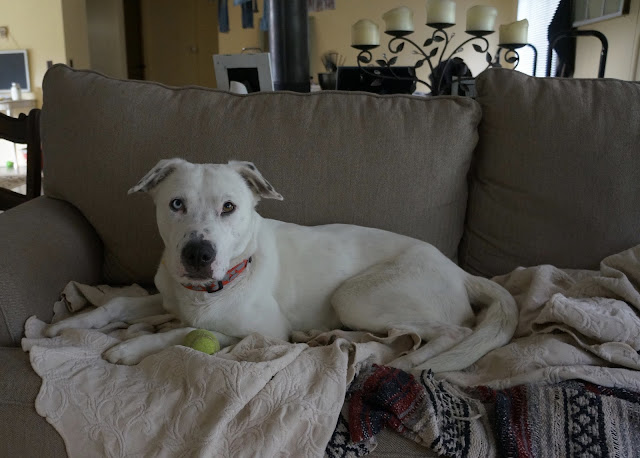 Once Cooper arrived at our house he made himself right at home and believes the couch is his own personal dog bed.  He LOVES to snuggle and thinks he's a big lap dog.   Cooper also often has a tennis ball in his mouth or at least near him, the tennis ball seems to be like a security blanket for him.
Tobey has been showing Cooper around, I think he might be teaching him how to be a farm dog.  Hopefully Tobey hasn't been teaching Cooper how to steal duck eggs. 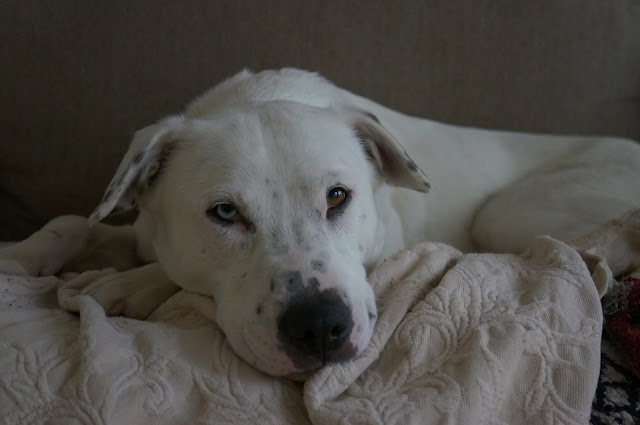 We are so happy to have this sweet, snuggly guy part of our family. 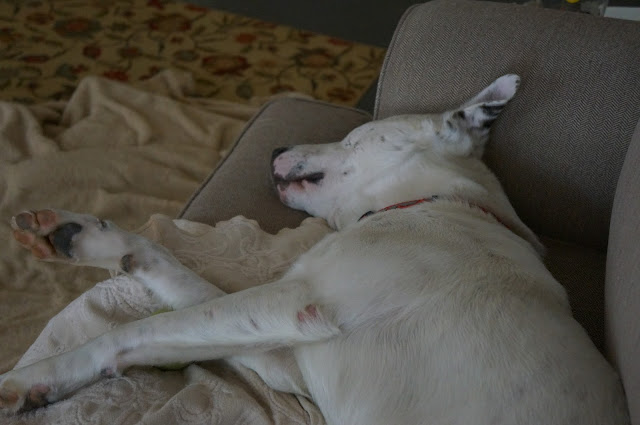 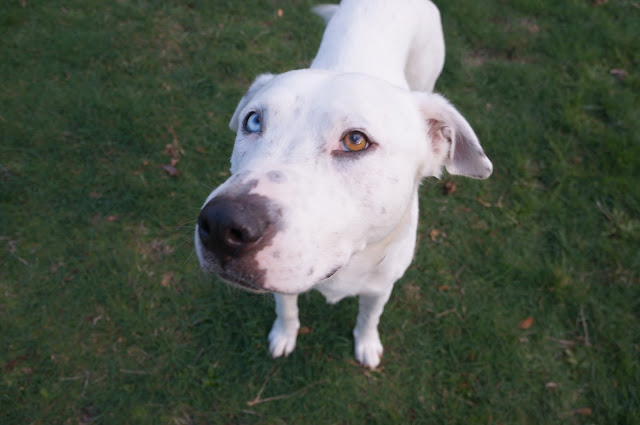 He has such pretty eyes and is soon going to be getting a new collar to match those beautiful eyes. 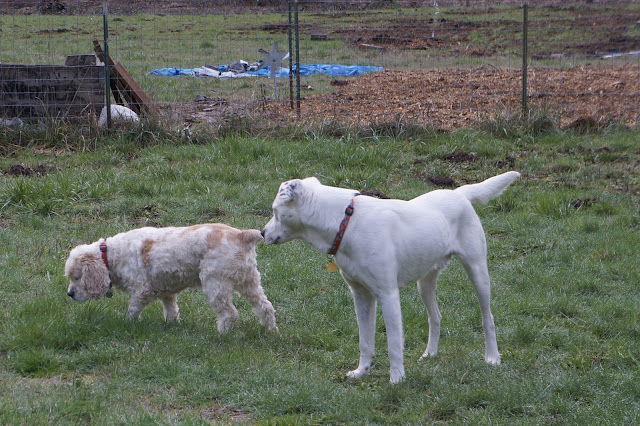