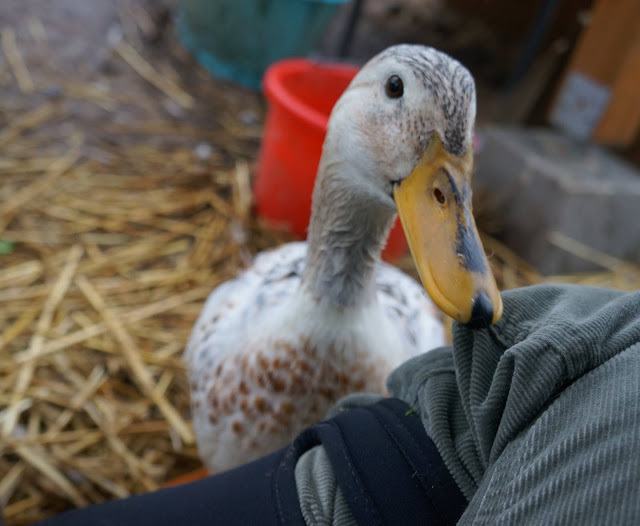 We had a very sad week this week, we lost our duck Clover.
Clover was an extremely sweet and friendly girl, she will be greatly missed.  She had showed absolutely no signs of being ill, which I've learned isn't that uncommon.  During the day she was running around, eating and foraging like she normally does and when I went outside an hour later she was gone.  She was barely over a year old, which is just way too young.  Some of the causes of sudden death in a duck include, heart attack, blood clots, hemorrhaging, choking, suffocation, broken egg in oviduct, toxic fumes, animal attacks, etc (from Storey's Guide to Raising Ducks by Dave Holderread).  I'm glad we had the time we did with her and I'm very glad she got to enjoy the pond for a few months.


We are continuing to work on the pond.  We bought a new pump (a sewage pump), which means we are now having to adjust the pipes to the filter, because the pump pumped a lot more water and was causing the filters to overflow.  We are also working on digging a trench out to the duck run to install water and electricity directly to the duck run.

Here are a few more pictures of Clover over the last year. 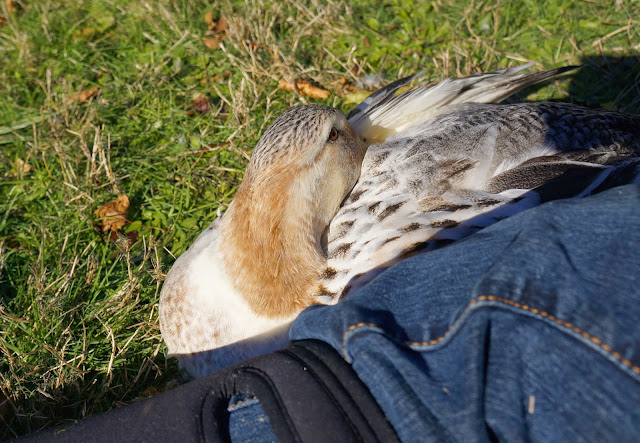 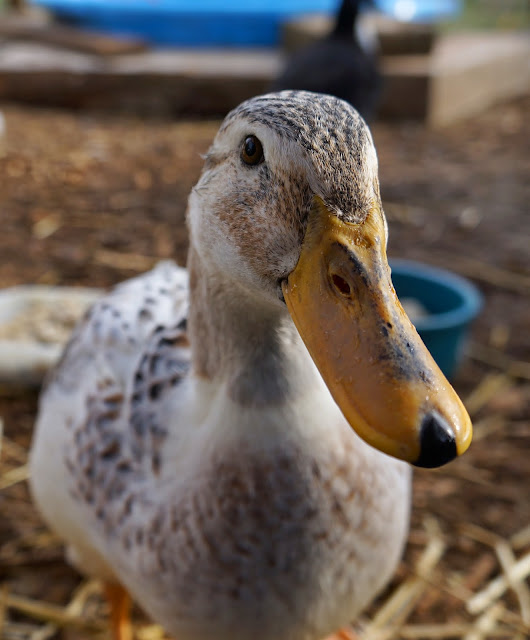 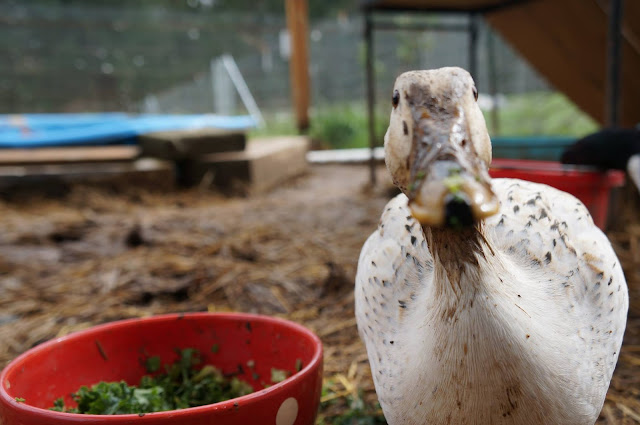 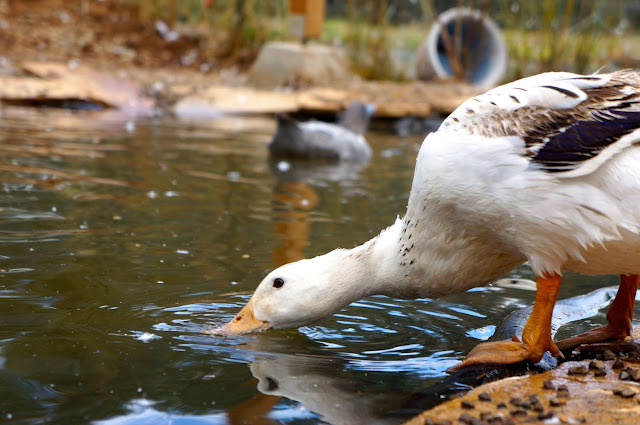 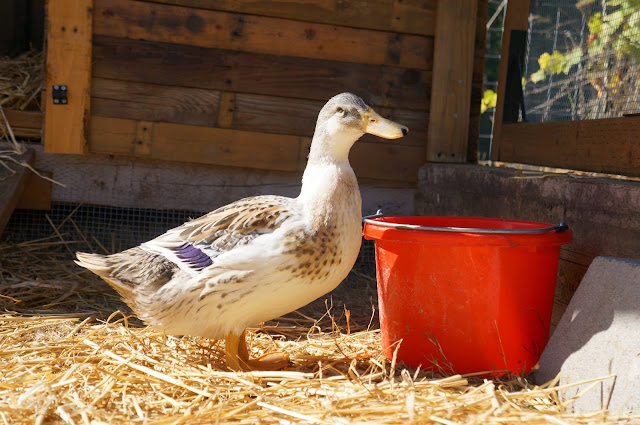 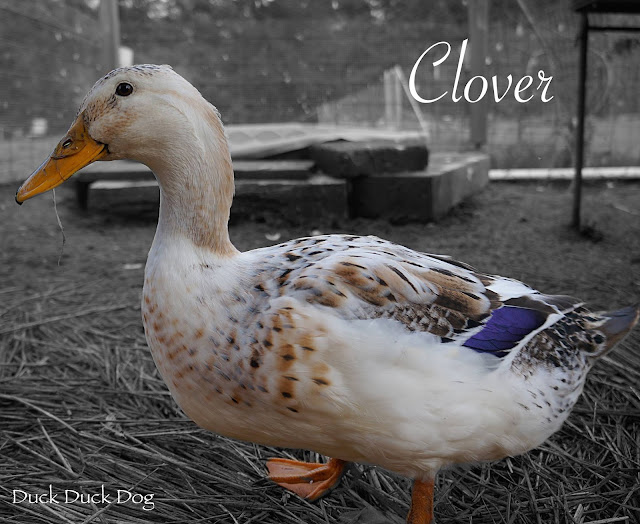 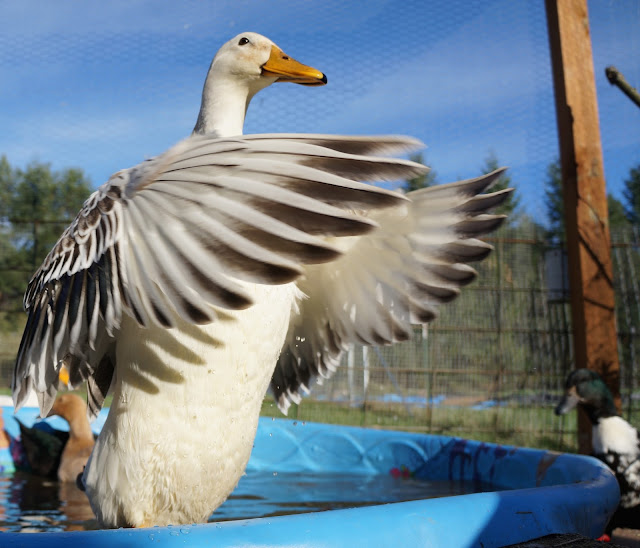