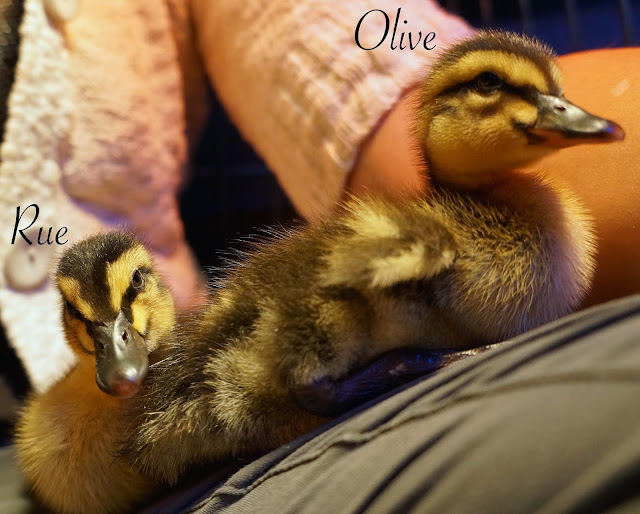 Big News This Week...
We got out two new ducklings, Rue and Olive, both Rouen ducklings.  I had hoped that Apple would take them in as her own, but that hasn't happened.  I now have the box with the babies sitting next to Apple's pen, I'm hopeful she will start to get used to them and bond with them.

The new babies have imprinted on my husband and I, they follow us through the house.
Watch the video below or you can find it and many more videos on our youtube channel. 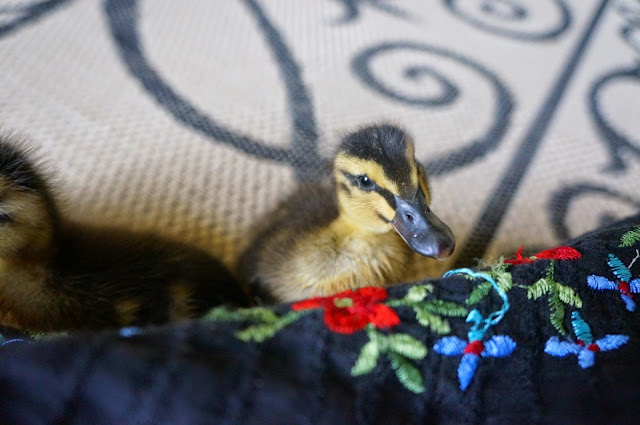 Most of the ducks aren't interested in the babies but Clover and Daphne (both Welsh Harlequin Ducks), seem very interested.  I haven't let them get too close, I'm afraid they will try to attack the babies, but they like to stop and stare at them. 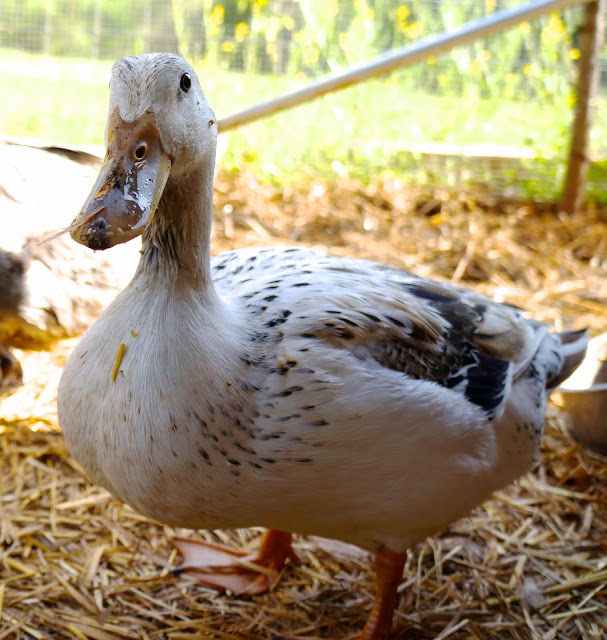 The other big news, Rosemary had to go to the doctor.  She has bumblefoot and has to have her foot bandaged up each day.  She is also on antibiotics for the infection, hopefully it will clear up quickly because she is a mean duck when she isn't feeling good.

She was very sweet at the vet and snuggled up against me trying to get me to not leave her at the vet (she only had to stay a few hours).  Now that she is home, she bites me every time I change her bandage. 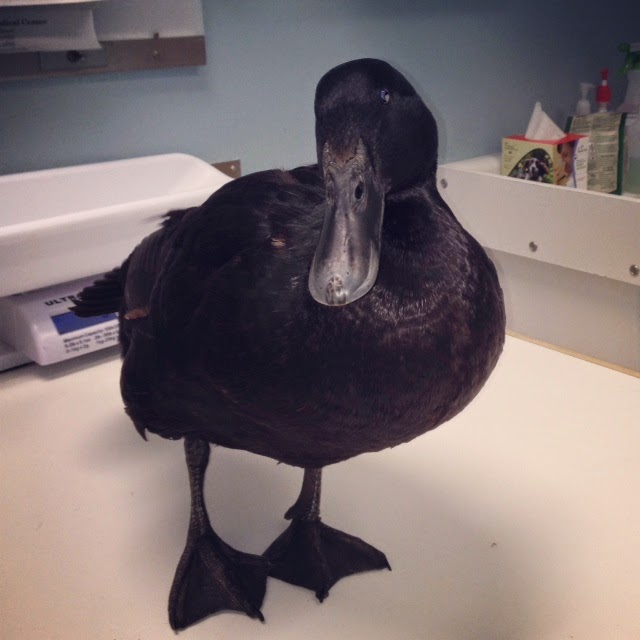 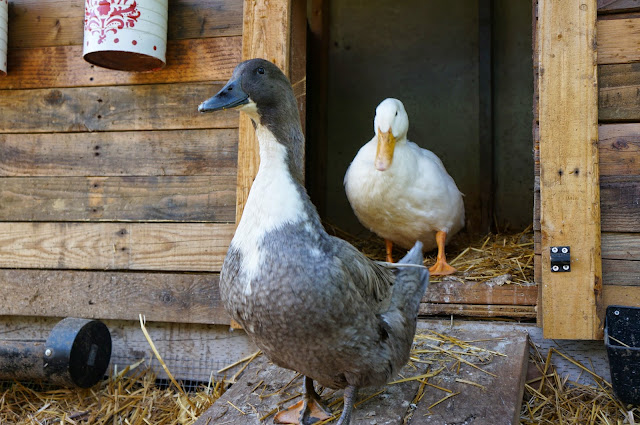 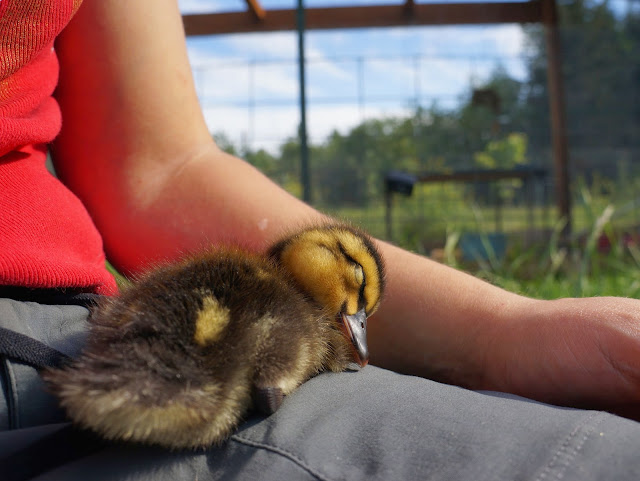 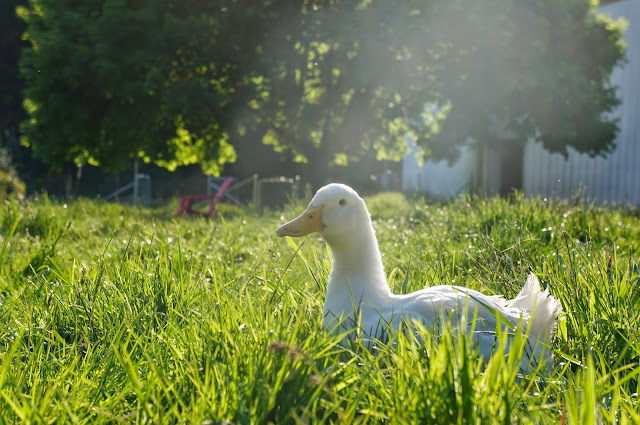 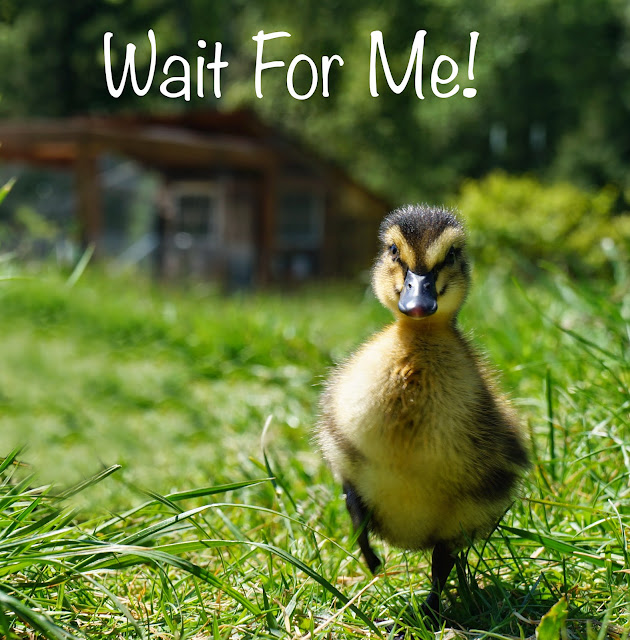