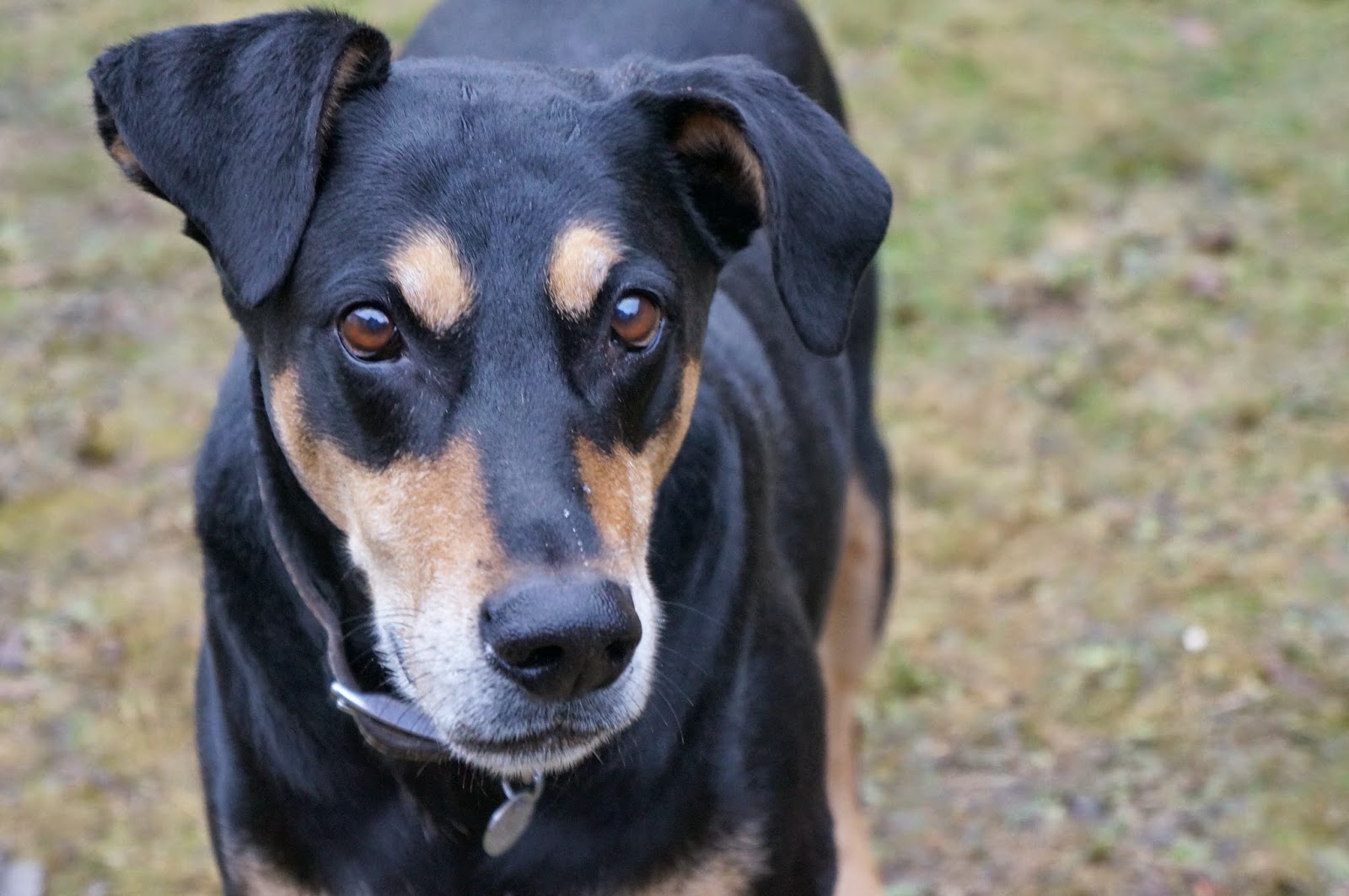 Rocco is a Doberman/Lab mix and he is a very sensitive and sweet dog.


We adopted Rocco almost 6 years ago and he is an amazing dog.  He was owned by someone that started dating a guy that didn't like Rocco, so the woman gave him up for adoption.  Not only was Rocco given away, but before this his sister had been hit by a car and passed away.  He was a big, sad  5 year old dog.  I first saw him at the NW Pet & Companion Fair (I used to have a dog food company and I happened to have a booth next to a dog rescue),  he was being passed up by everyone for the puppies and little dogs,  I had to adopt him.

Adopting Rocco was a great decision!

Rocco is now 11 years old, his birthday is December 19th.  He is pretty much a big 11 year old puppy. 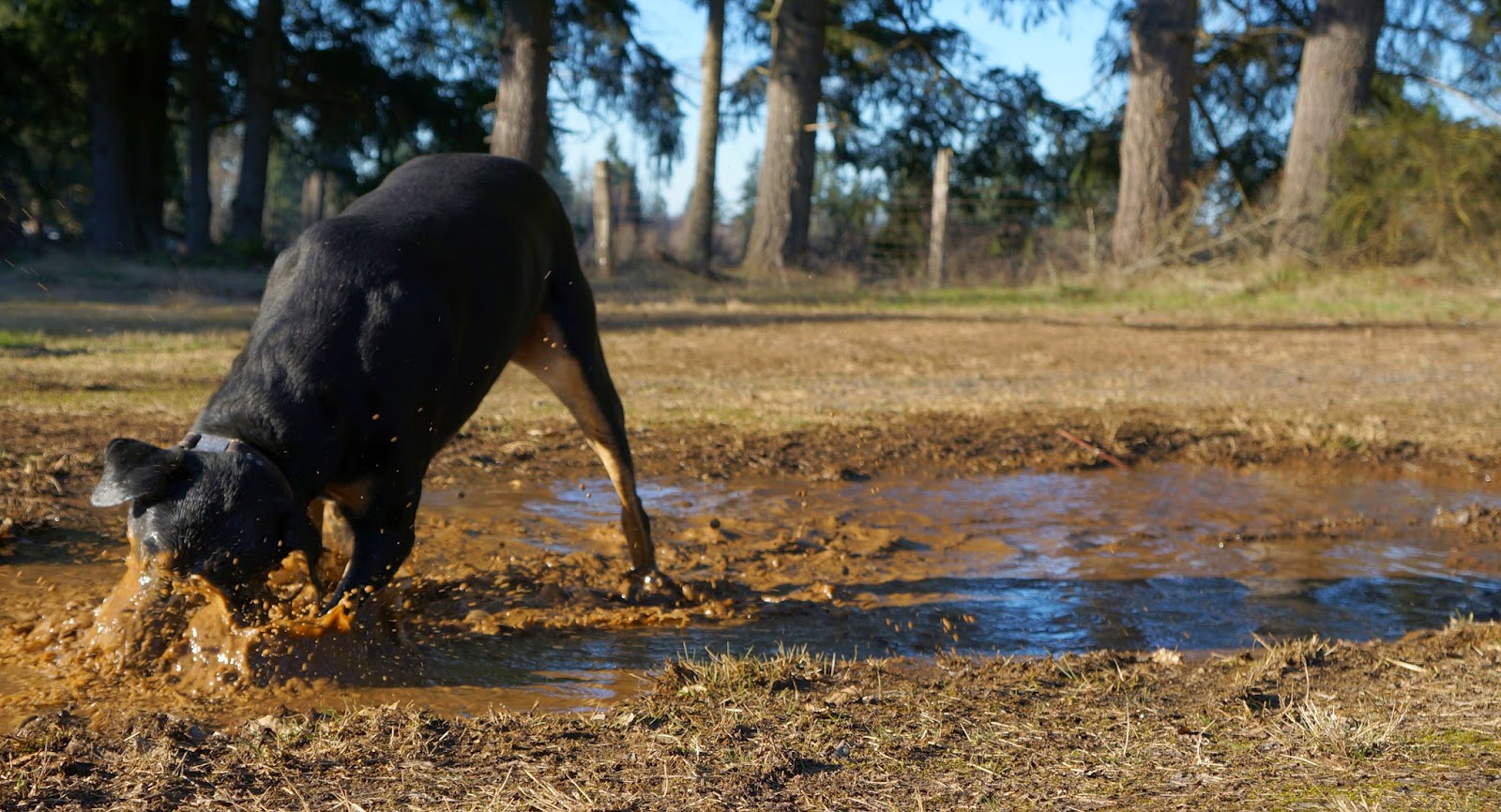 Rocco loves to play in the water, lakes, rivers, duck pools and even mud puddles make him happy.

He loves to fetch and would be happy to play fetch forever!

Rocco also LOVES to dig for moles in the backyard.

Some of Rocco's favorite foods include; kale, oranges, broccoli and pretty much any food except for spinach. 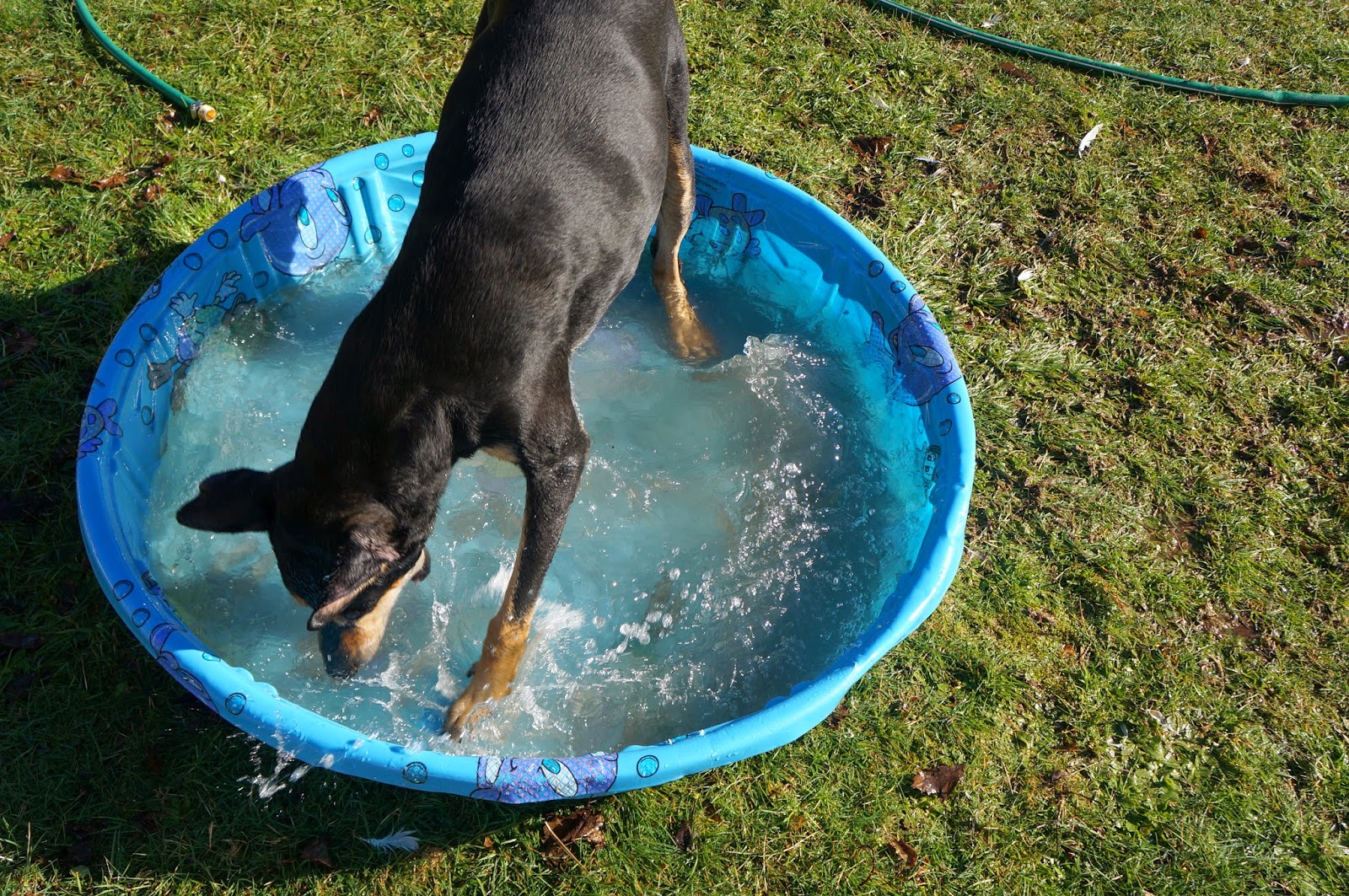 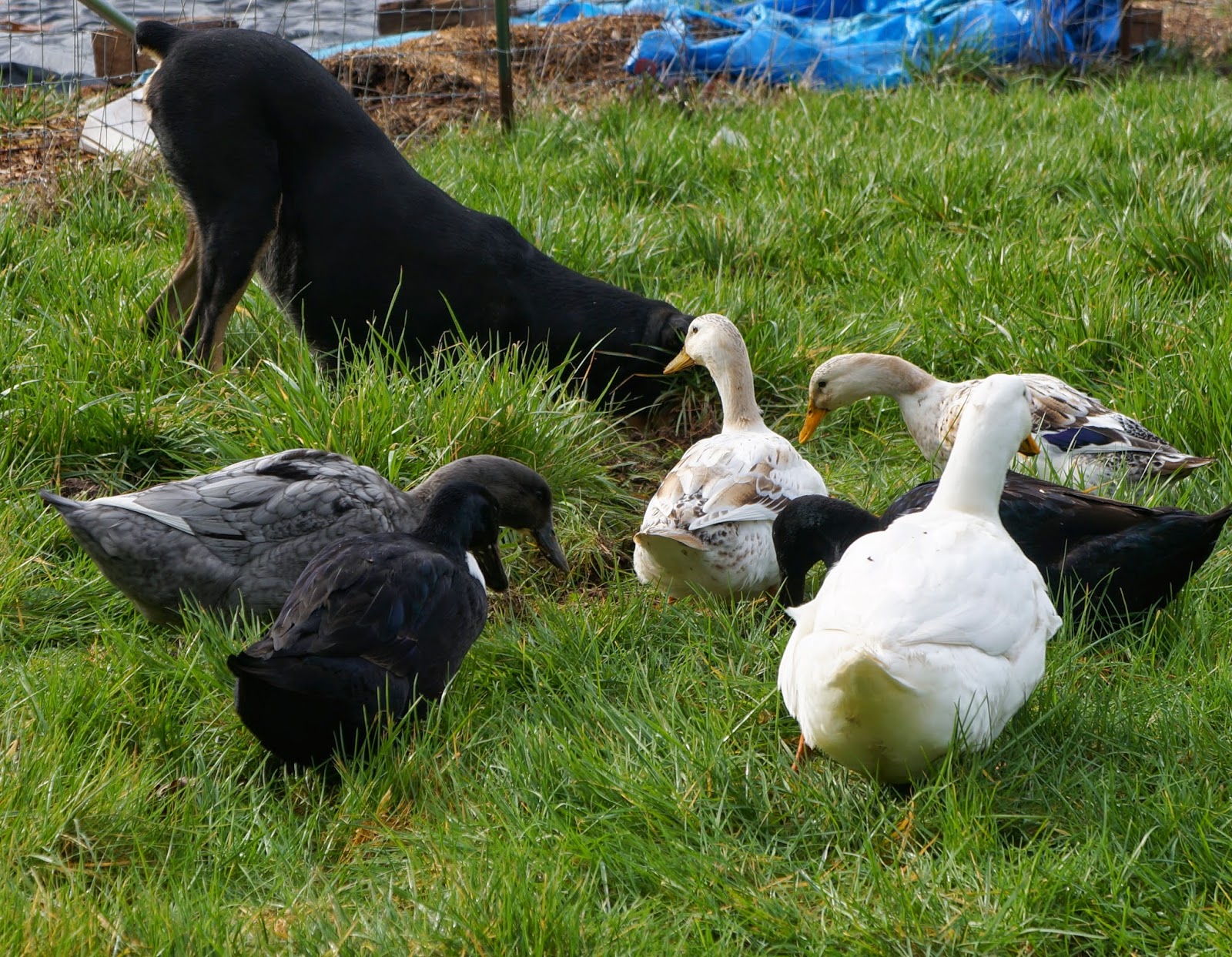 In 2014 Rocco was unfortunately diagnosed with bone cancer in one of his front legs.  We made the difficult decision to have his front leg amputated.  After the amputation he went through 4 rounds of chemo infusions.  On the day of the last chemo infusion we received the best news, Rocco Was Cancer Free!!!

Rocco continues to do great and has even found a way to dig for moles with only 3 legs. 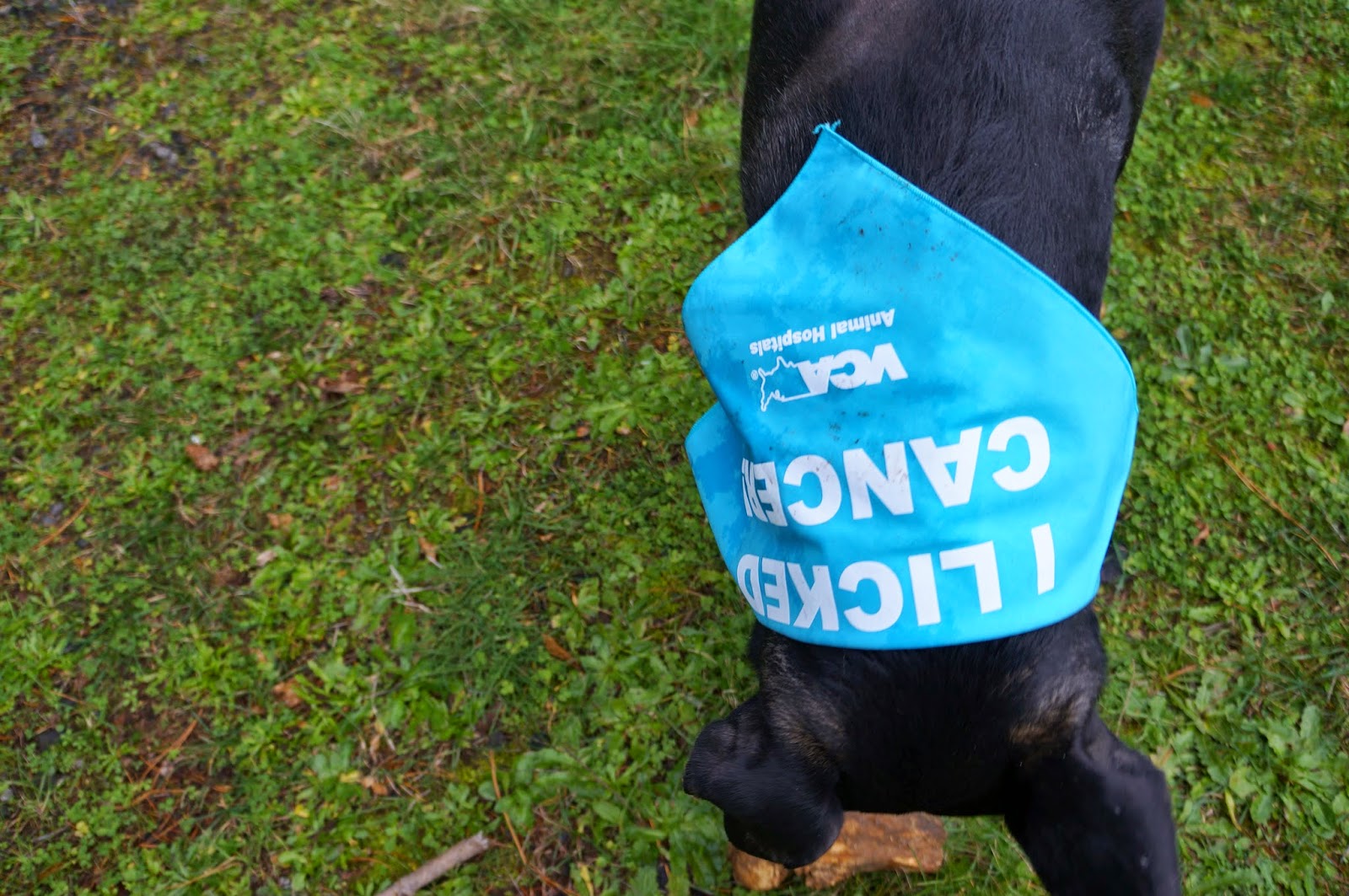 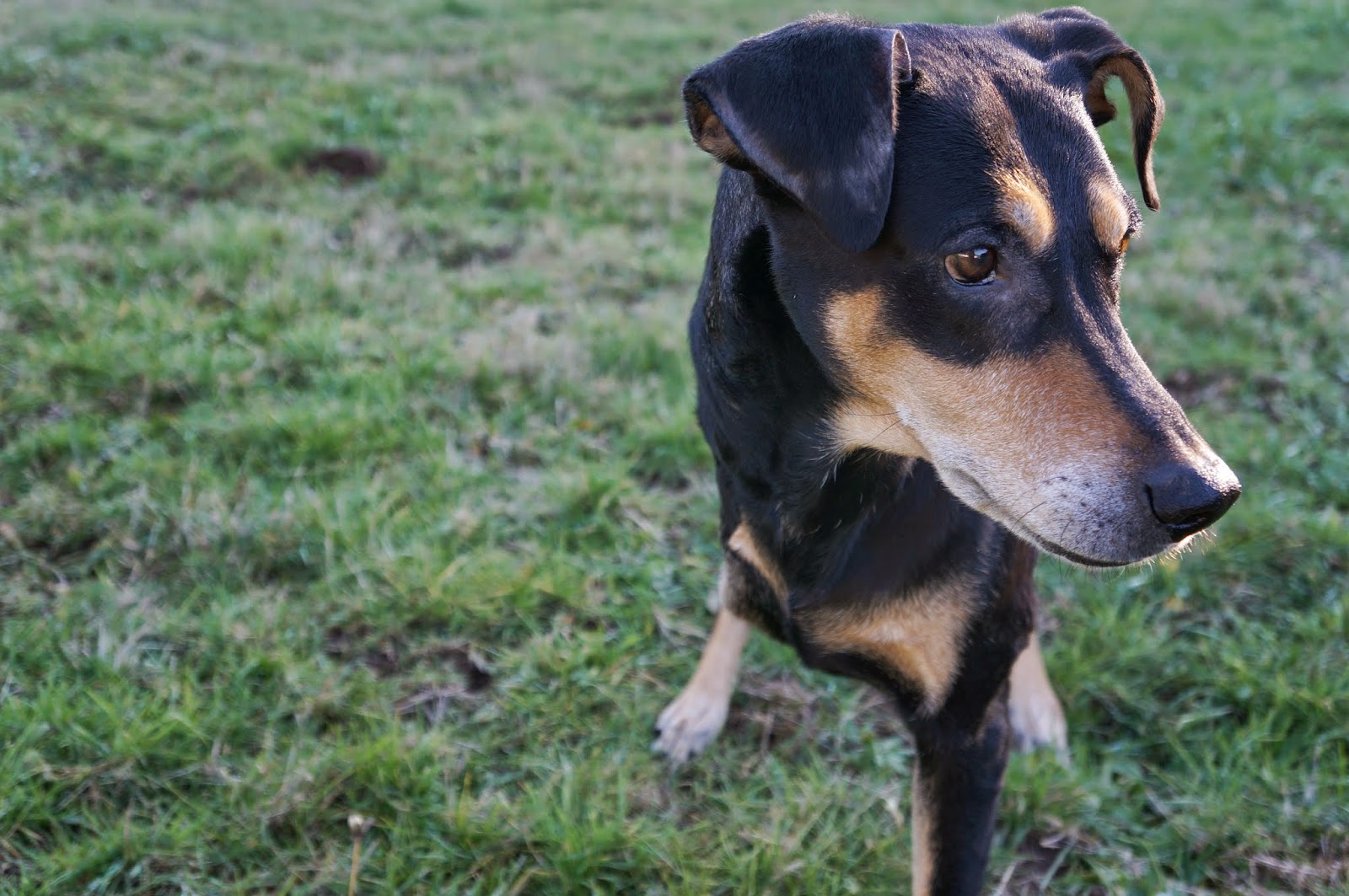 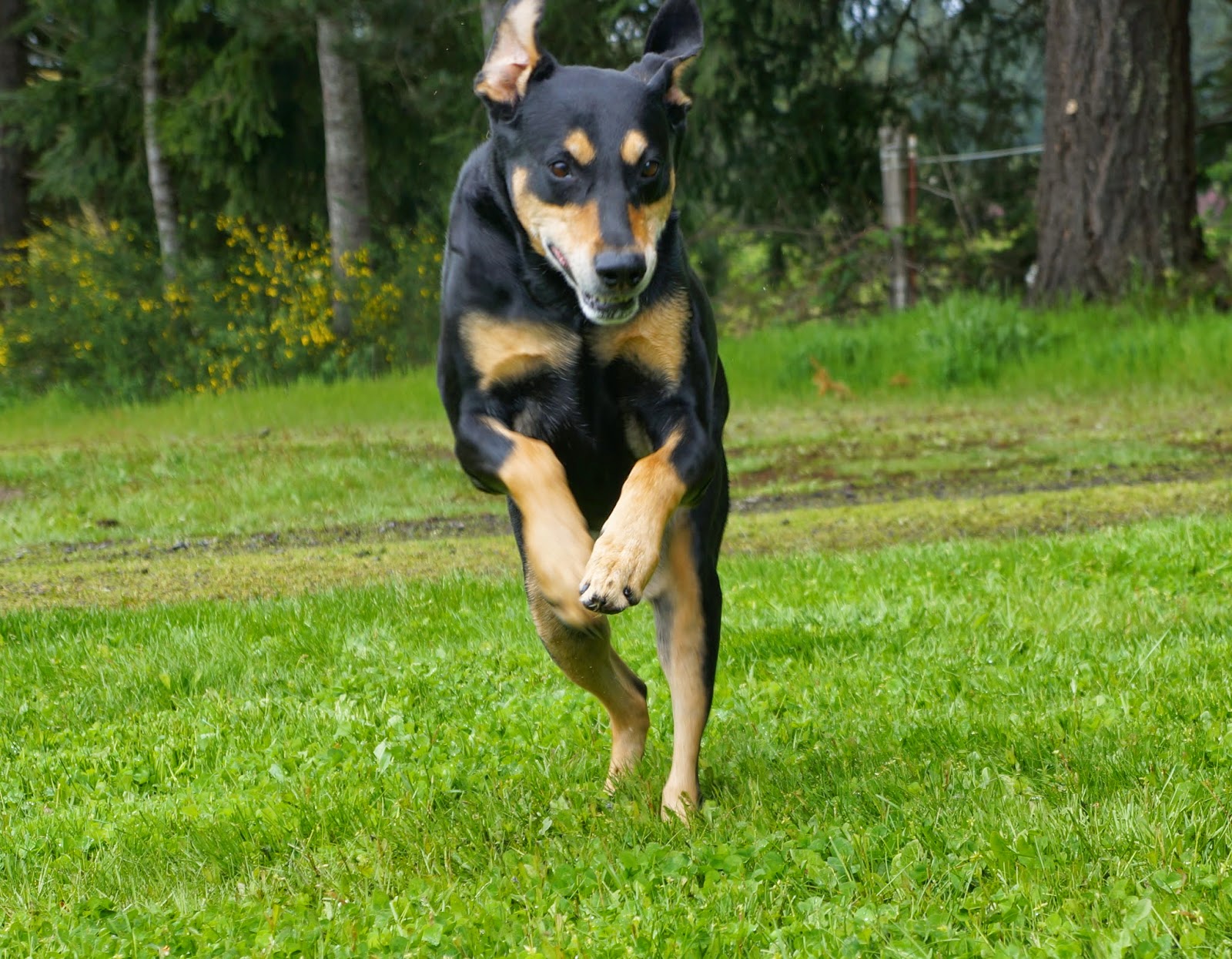 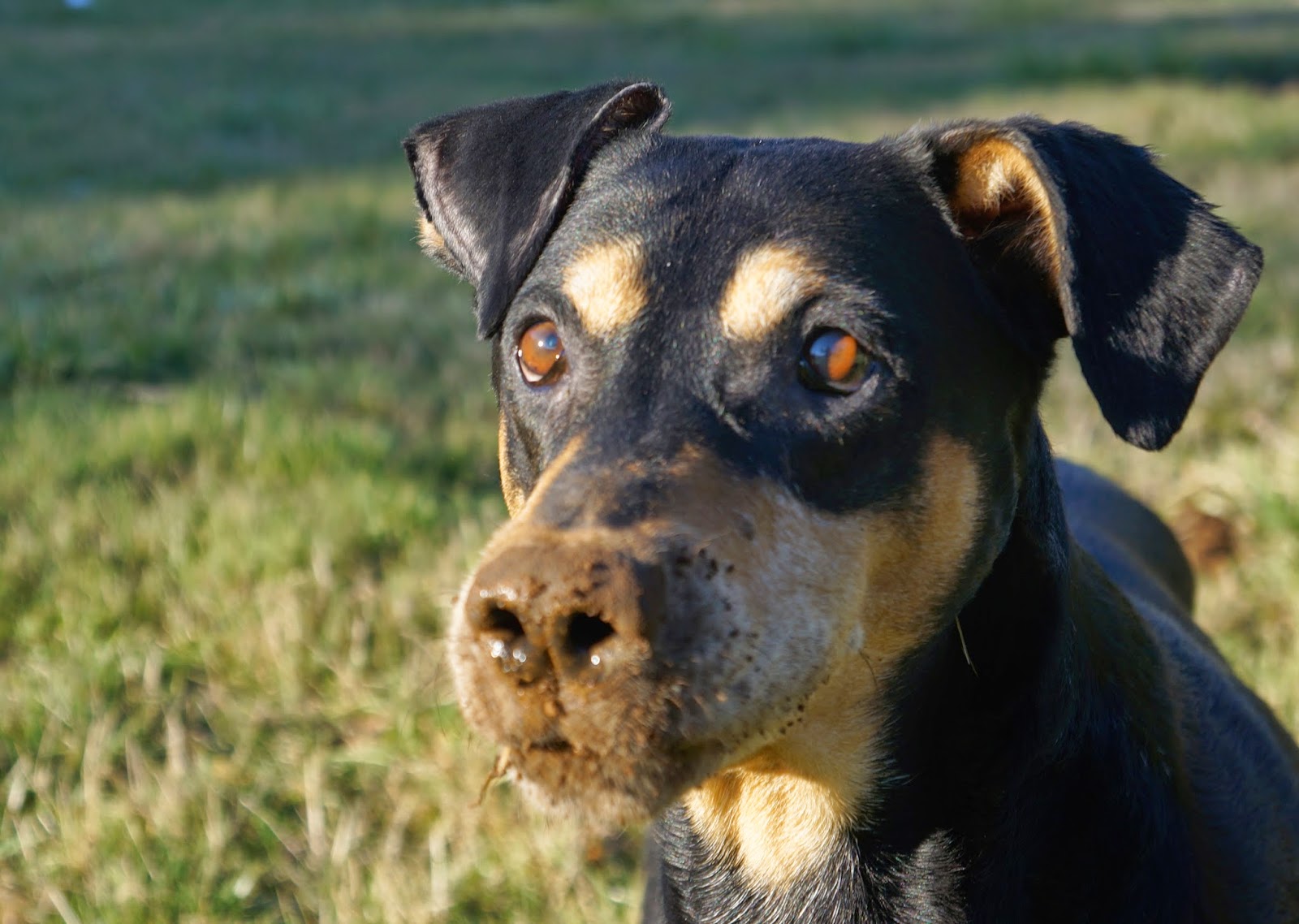 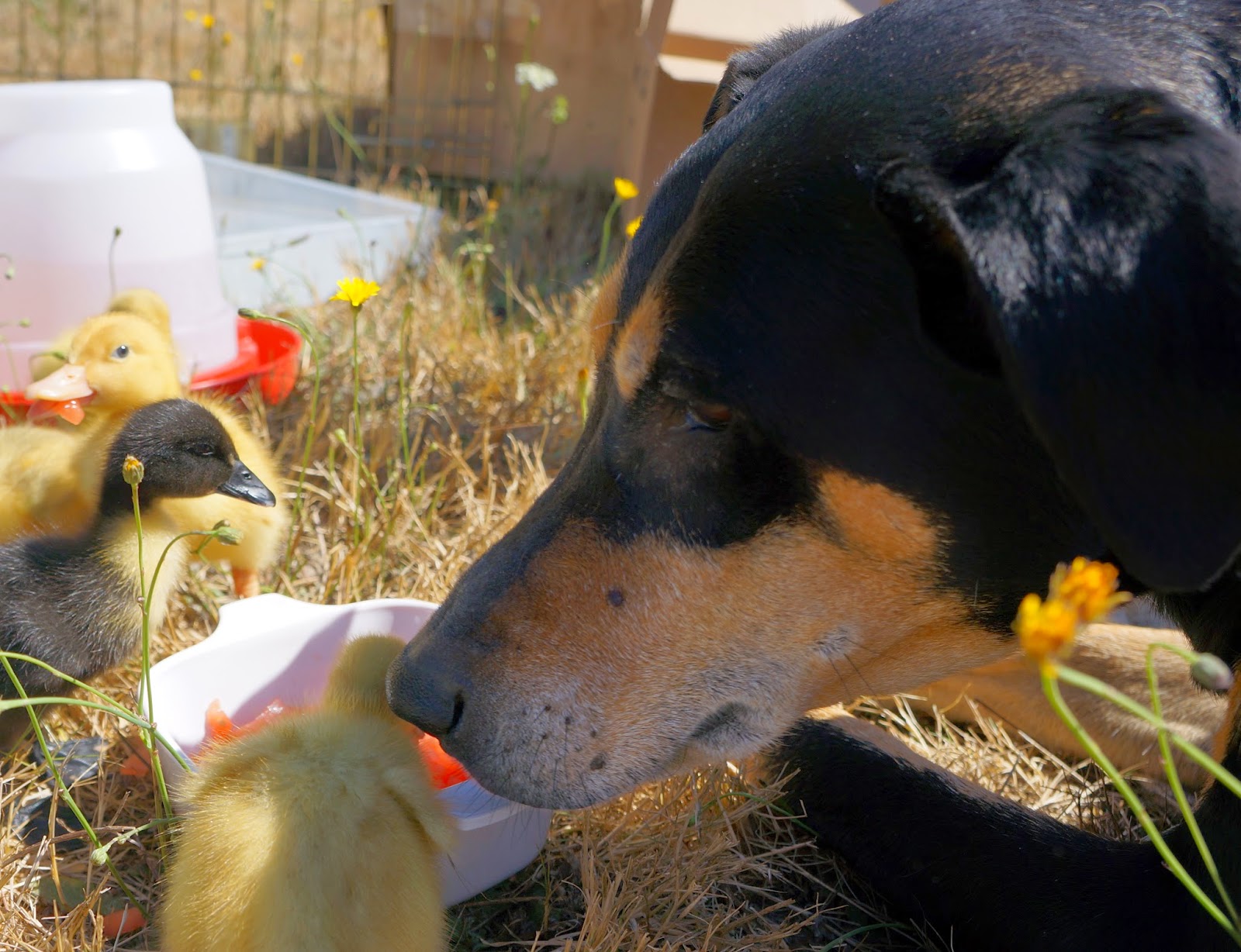 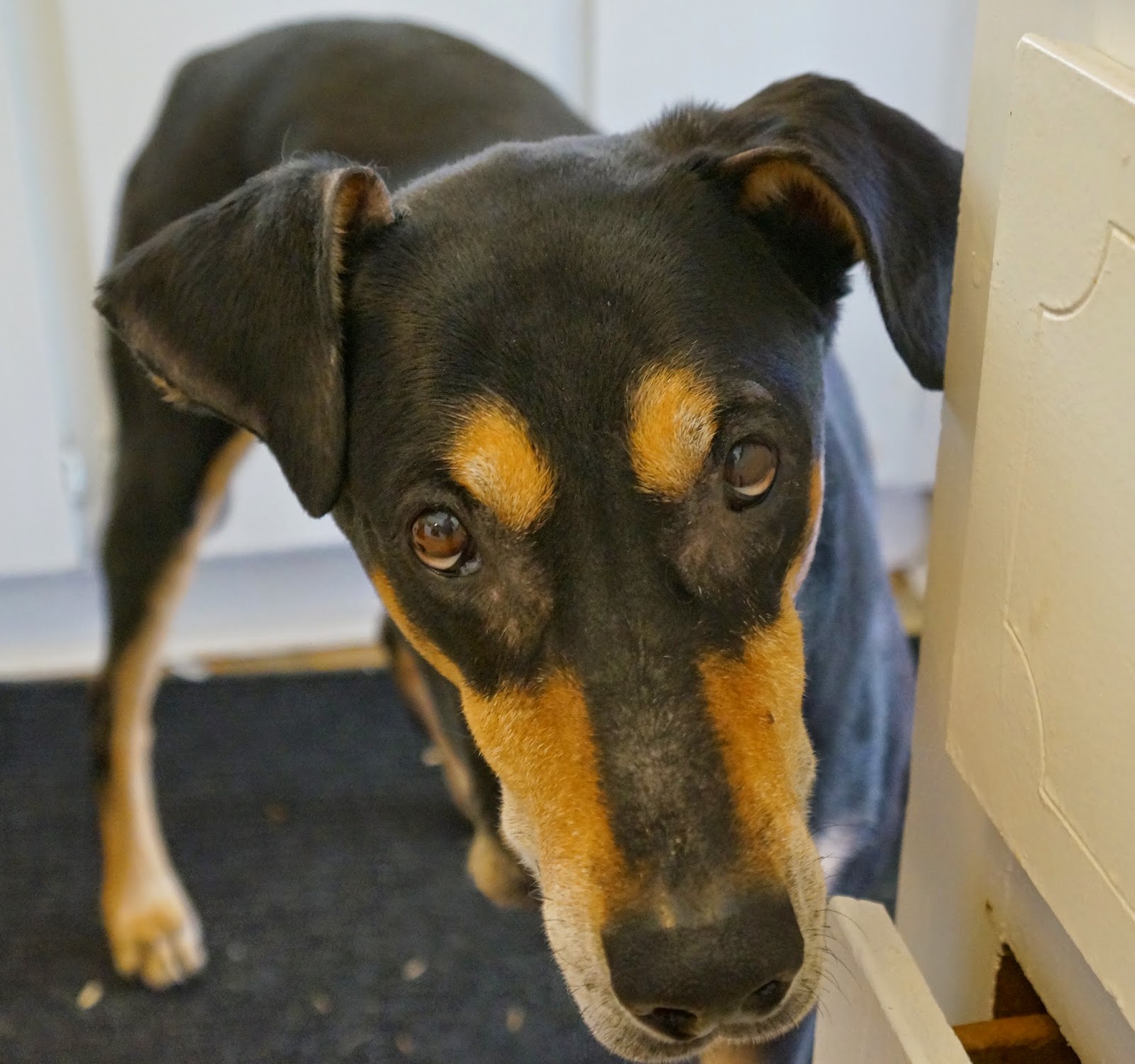 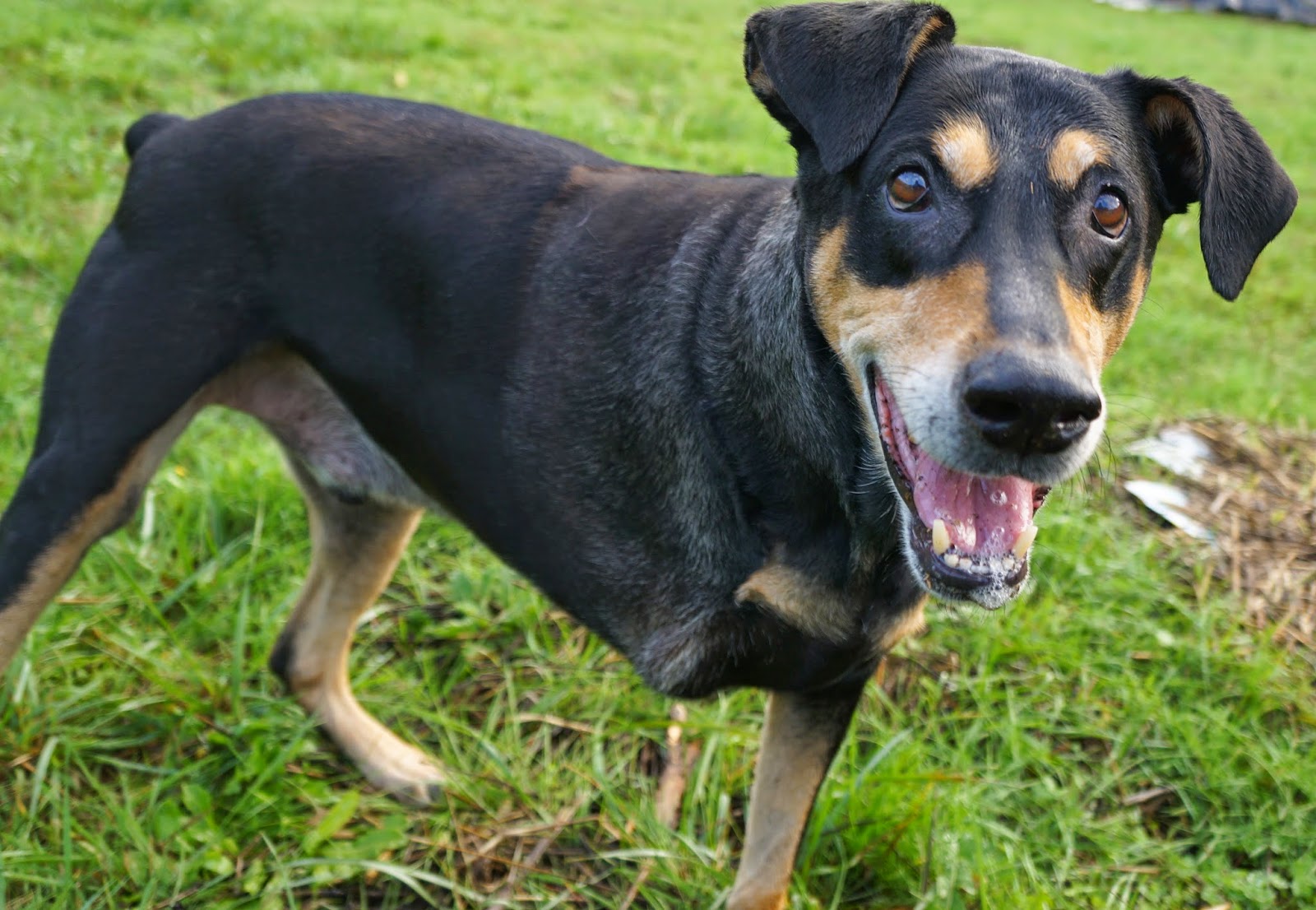 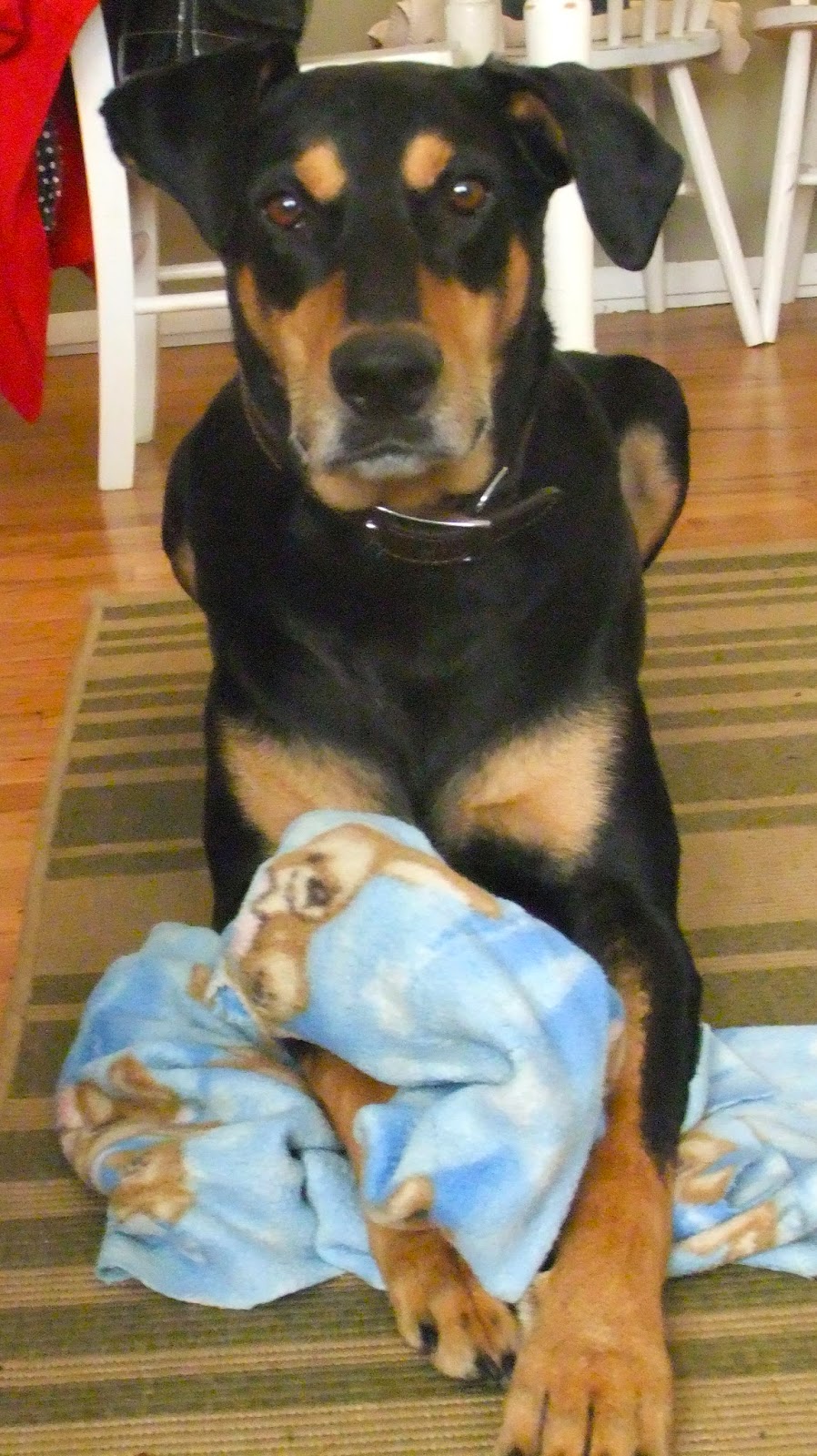 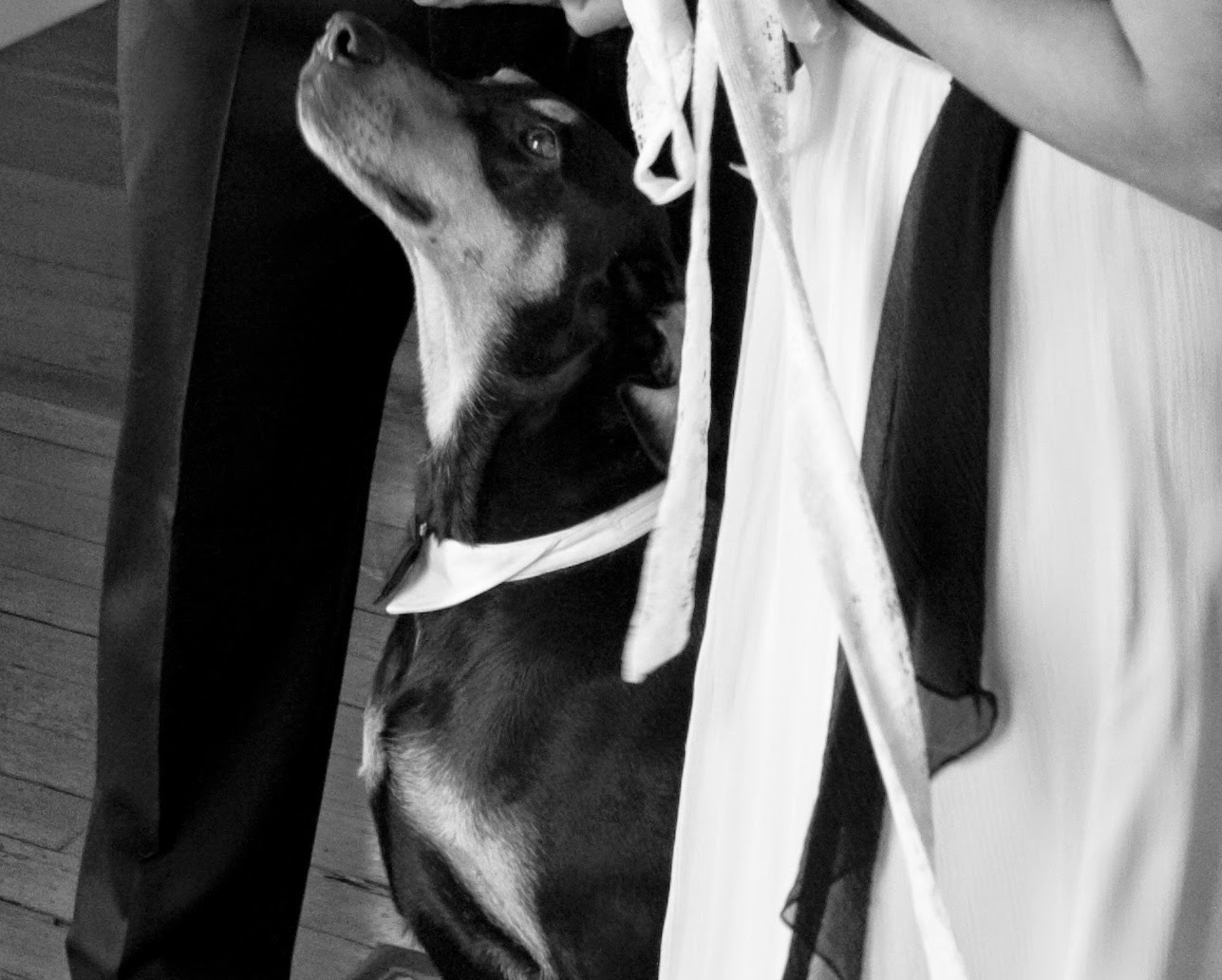 Rocco was the best man at our wedding. 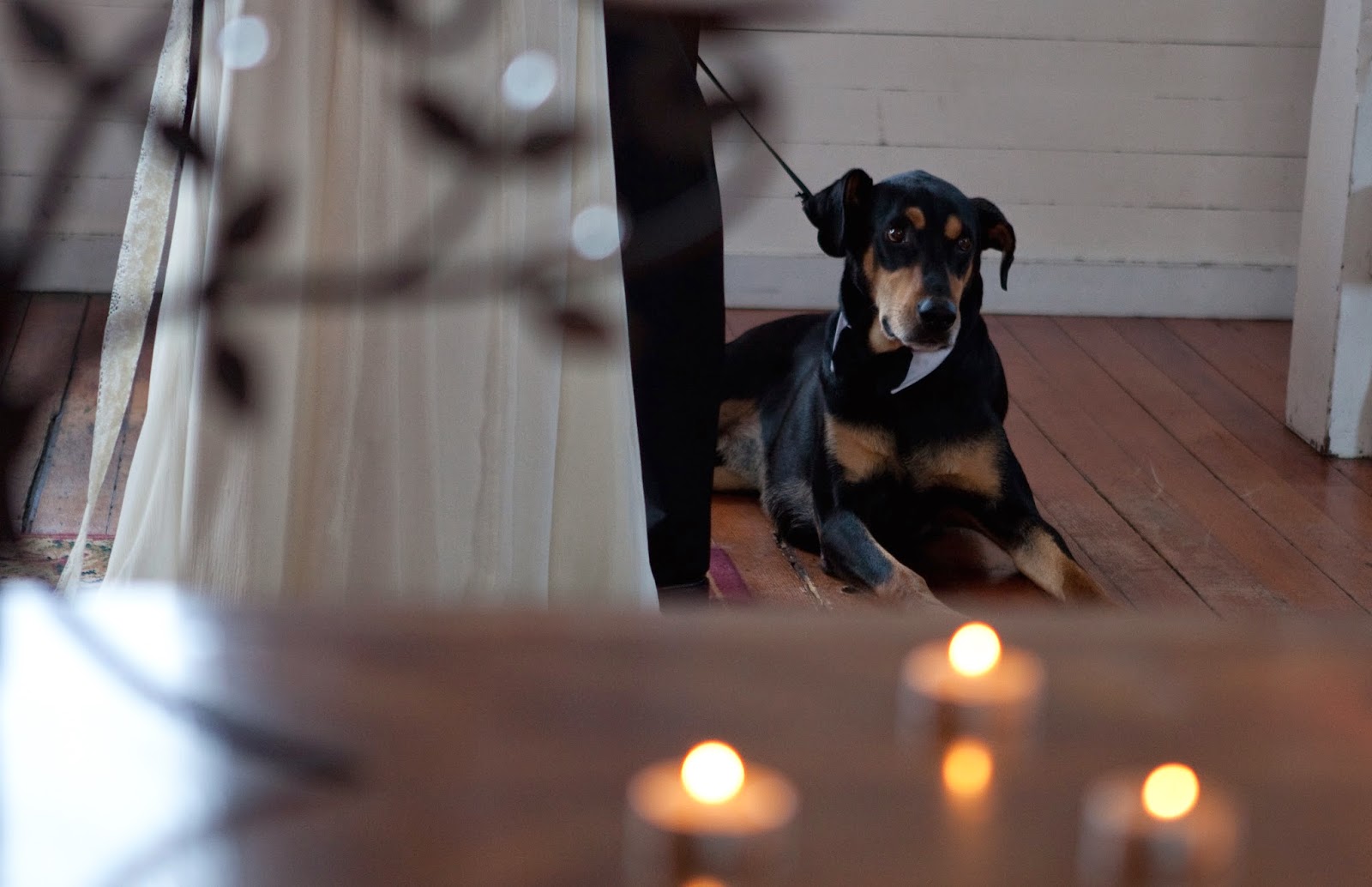 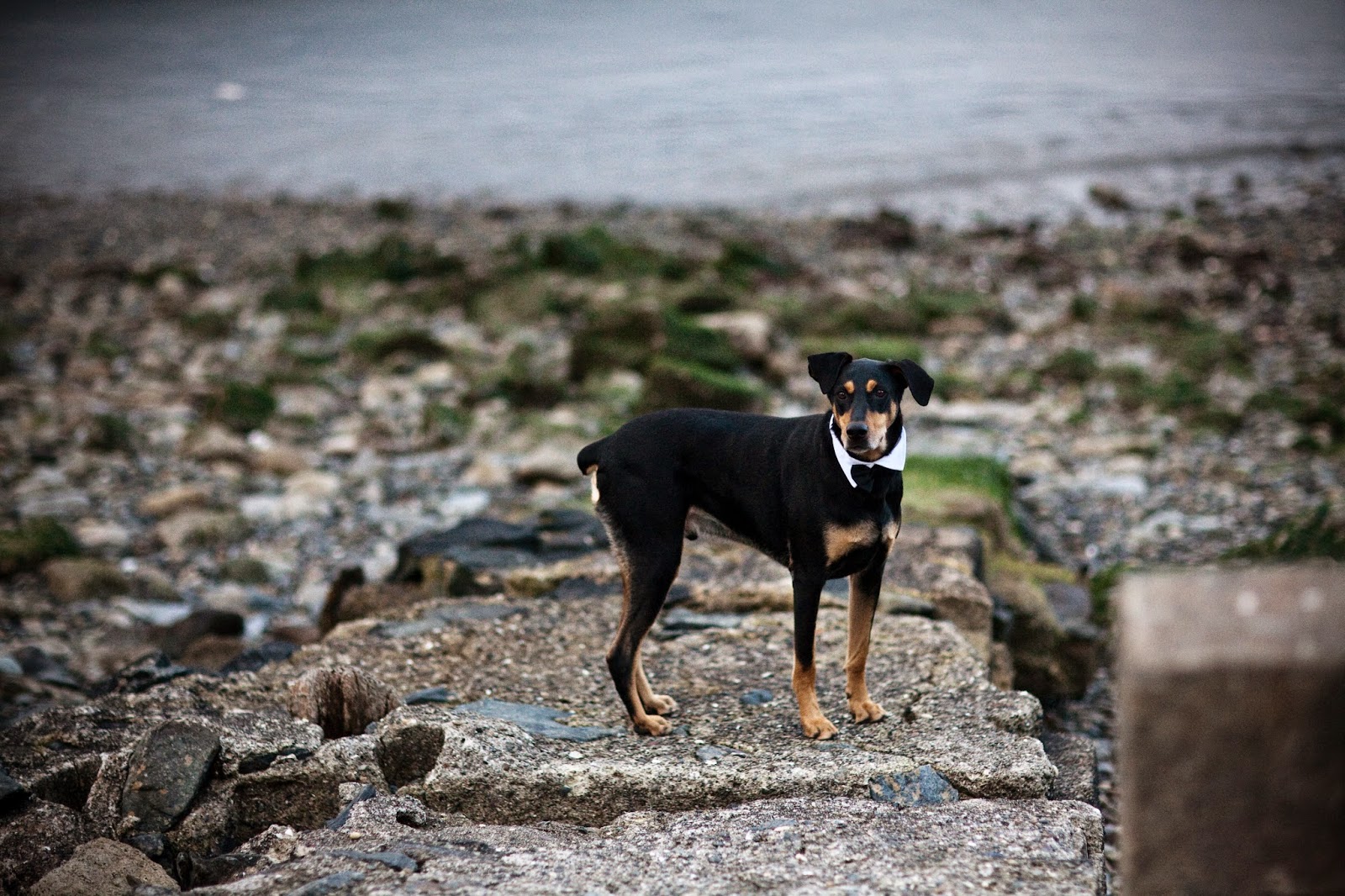