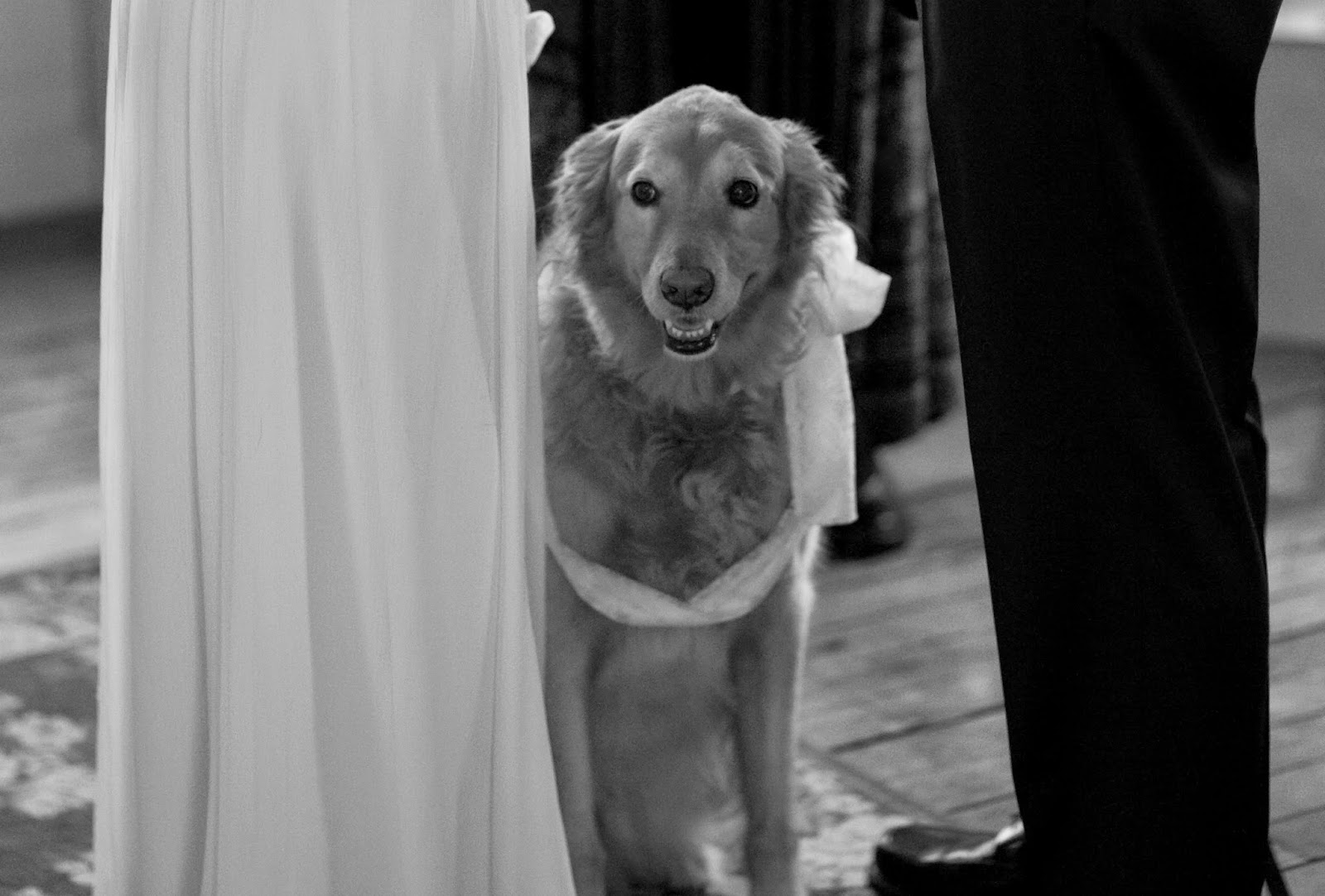 Hannah is a golden retriever mixed with who knows what (I've thought maybe shepherd), but whatever the mix is, it makes her the best dog.

I think if someone wanted to create the perfect dog, it would be Hannah.  She is not only extremely smart but also very eager to please and very protective of me.  The picture above is a picture of her when I first adopted her.

I adopted Hannah when she was 1 1/2 years old, from a dog shelter in Arizona.  She was abandoned by someone and picked up as a stray and brought to a "kill" shelter.  She wasn't adopted and when her time was almost up, she ended up being rescued by the only "no kill" shelter around.  The animal shelters I saw in Arizona were terrible, they make the shelters in Oregon look like resorts.
The first time I met Hannah, she was instantly attached to me.  She would run off and sniff something and then run right back and check on me to make sure I hadn't left.  She was a very shy dog and also had major separation anxiety.  Anytime I left the house, even for a couple minutes, she would go crazy.  She destroyed my front door, scratching at it and throwing herself against the door.  She once jumped through a screen window and each day she would chew things up around the house.
After working with her for a couple years, she eventually overcame the shyness and separation anxiety and is now the most confident dog.  She is also very protective of me, if she gets a bad vibe from someone (this has only happened a few times), I end up having to hold her back.  She is always keeping an eye on me to make sure I'm safe. 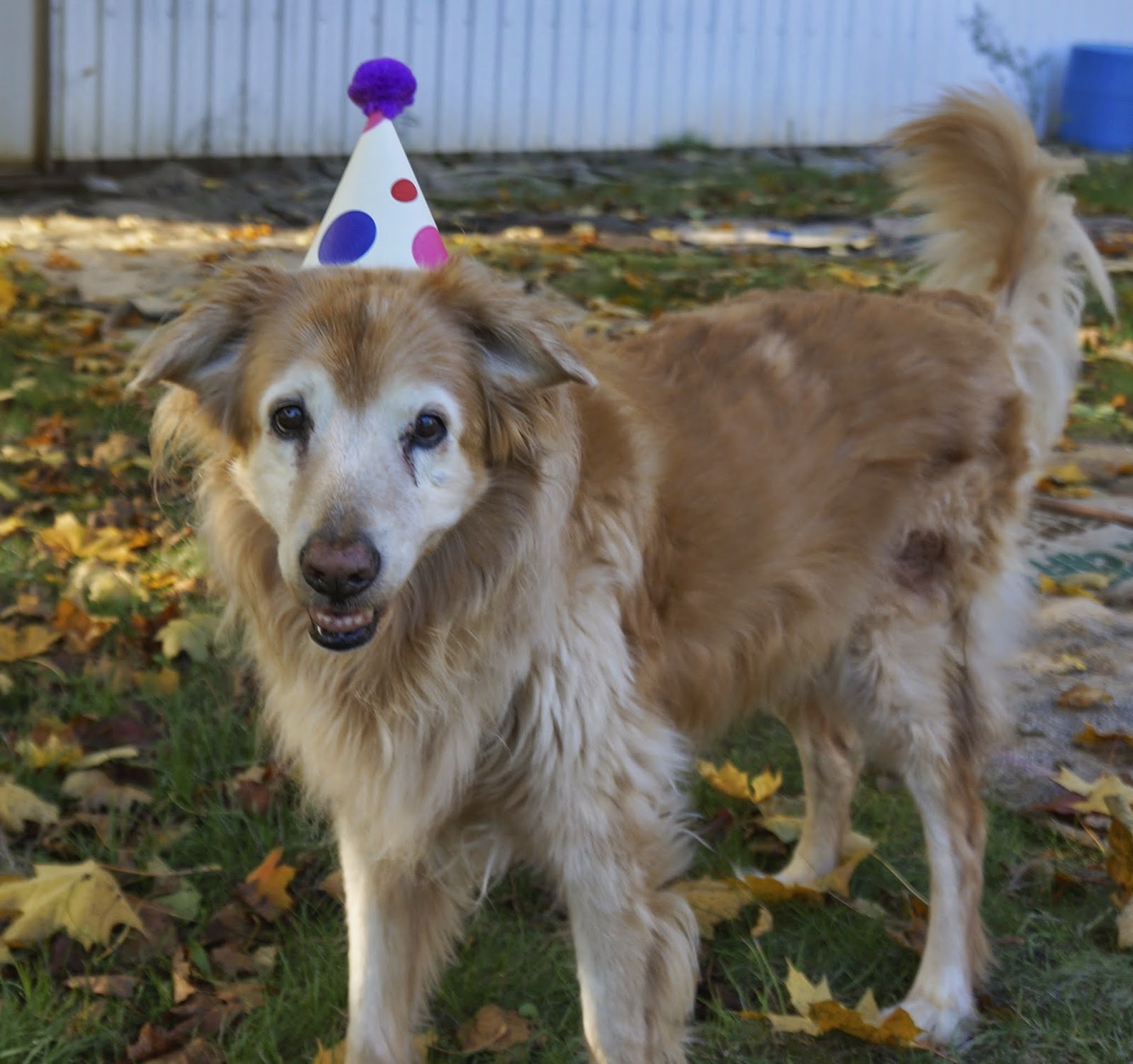 This is a picture of Hannah on her 15th birthday.  She knew the birthday hat made me happy, so of course she was happy to wear it for me. 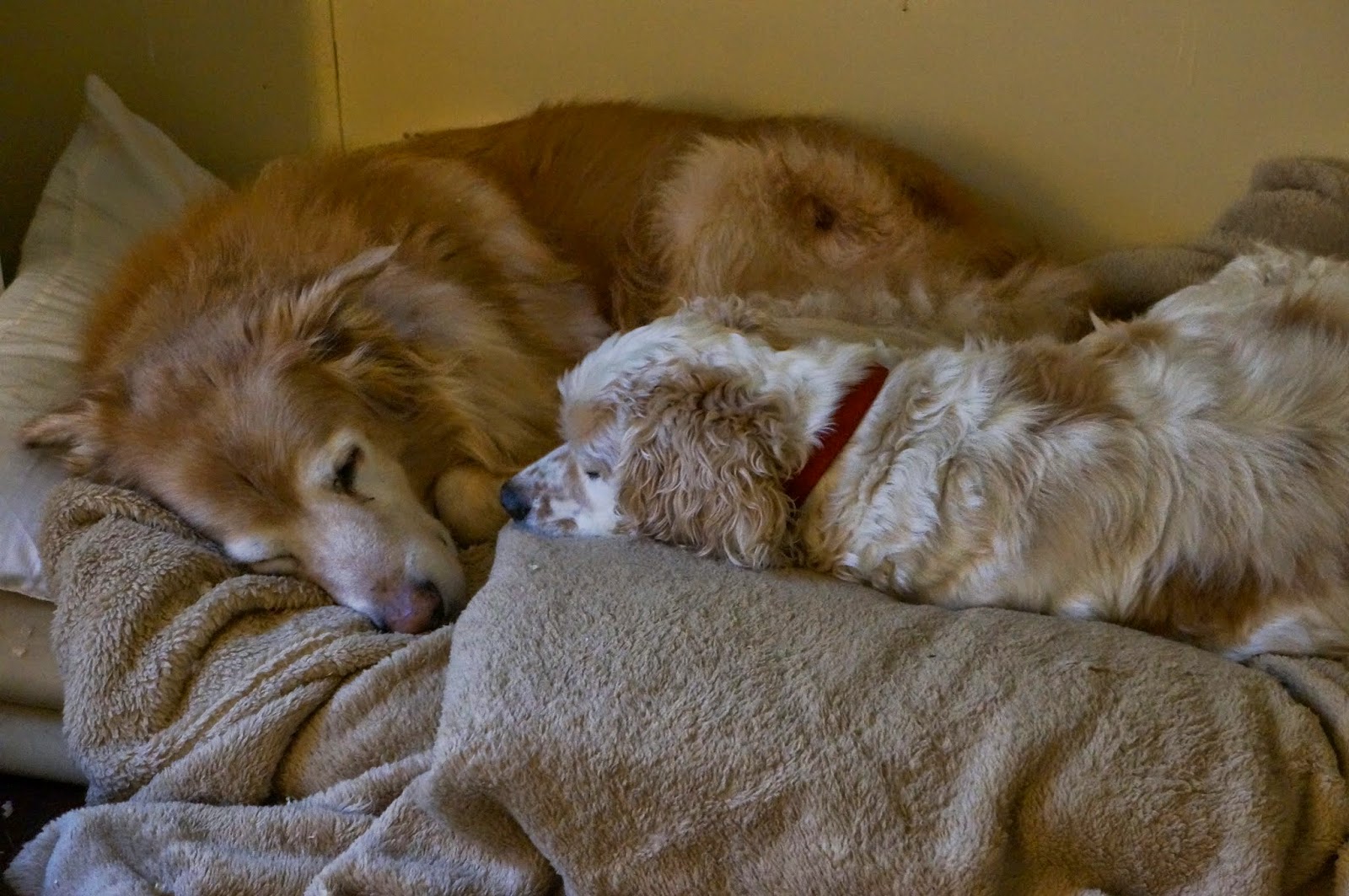 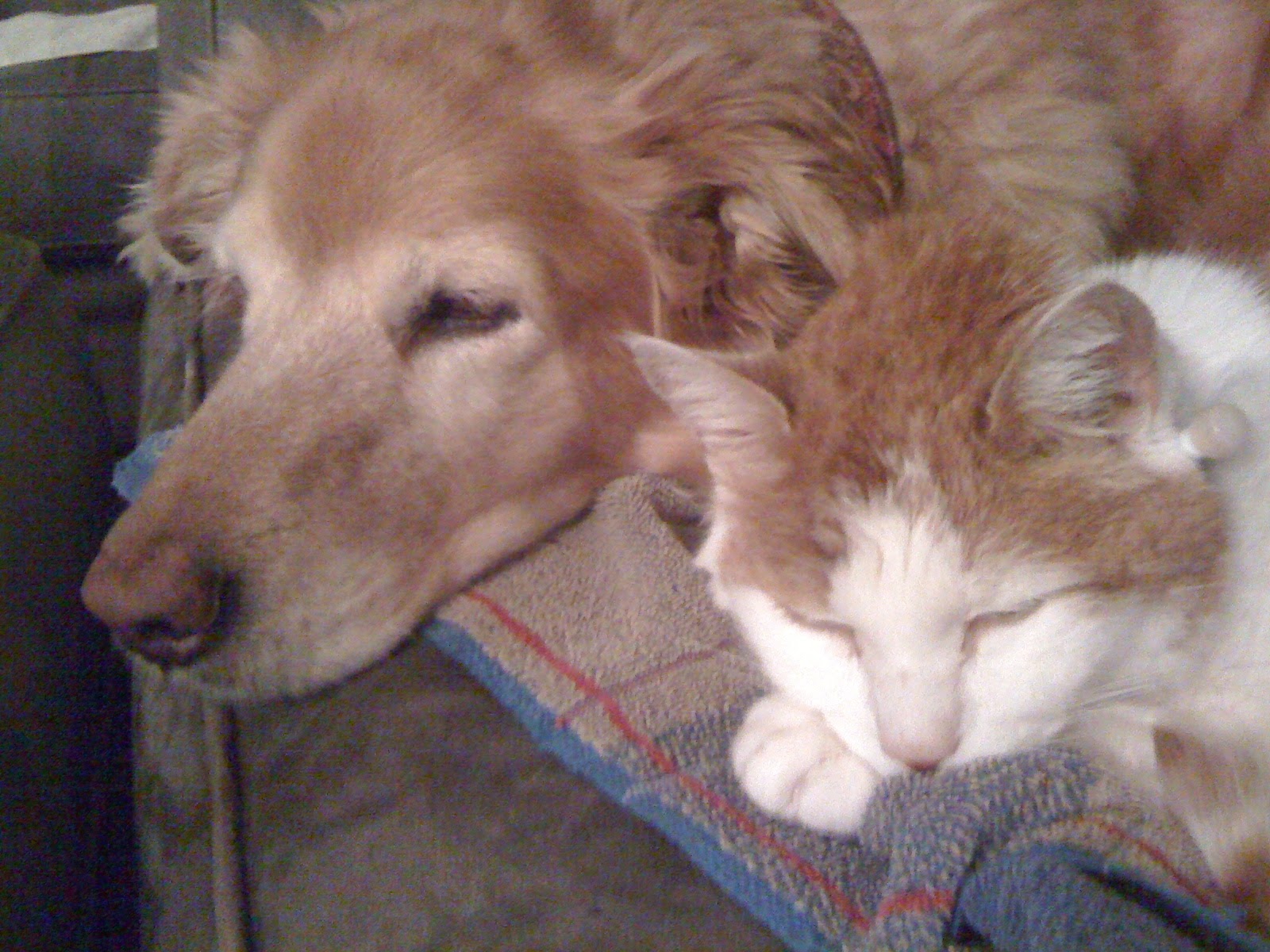 Hannah snuggling with our cat, Carter, when he was sick.  Carter unfortunately passed away a few years ago.   A couple years before Carter passed he was diagnosed with liver failure and we had to have a feeding tube placed in his neck, he had the feeding tube for several months.   Carter actually bounced back from the liver failure and lived a couple more years.

I could go on and on about how amazing Hannah is, with story after story; but instead here are some more pictures of her. 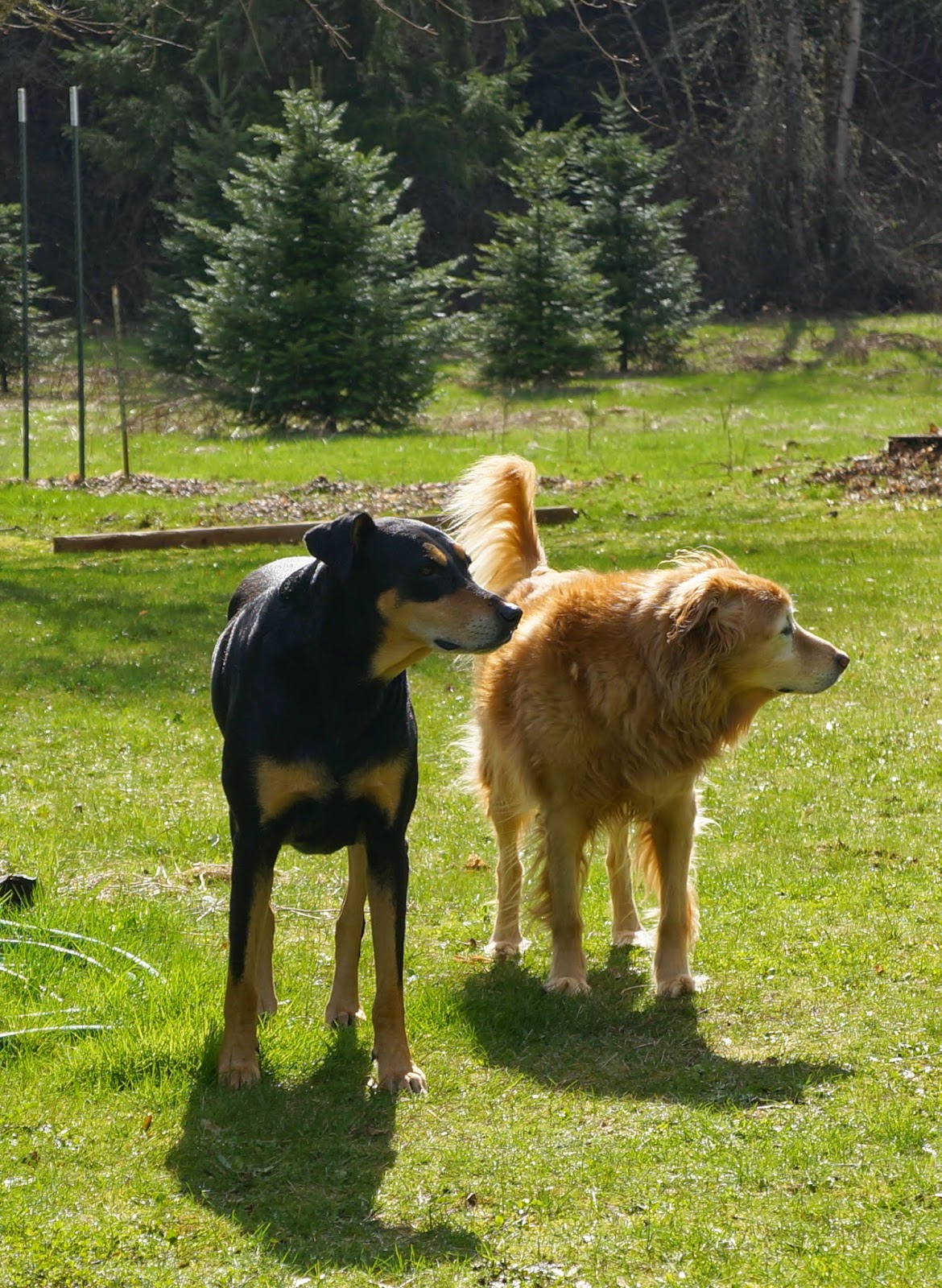 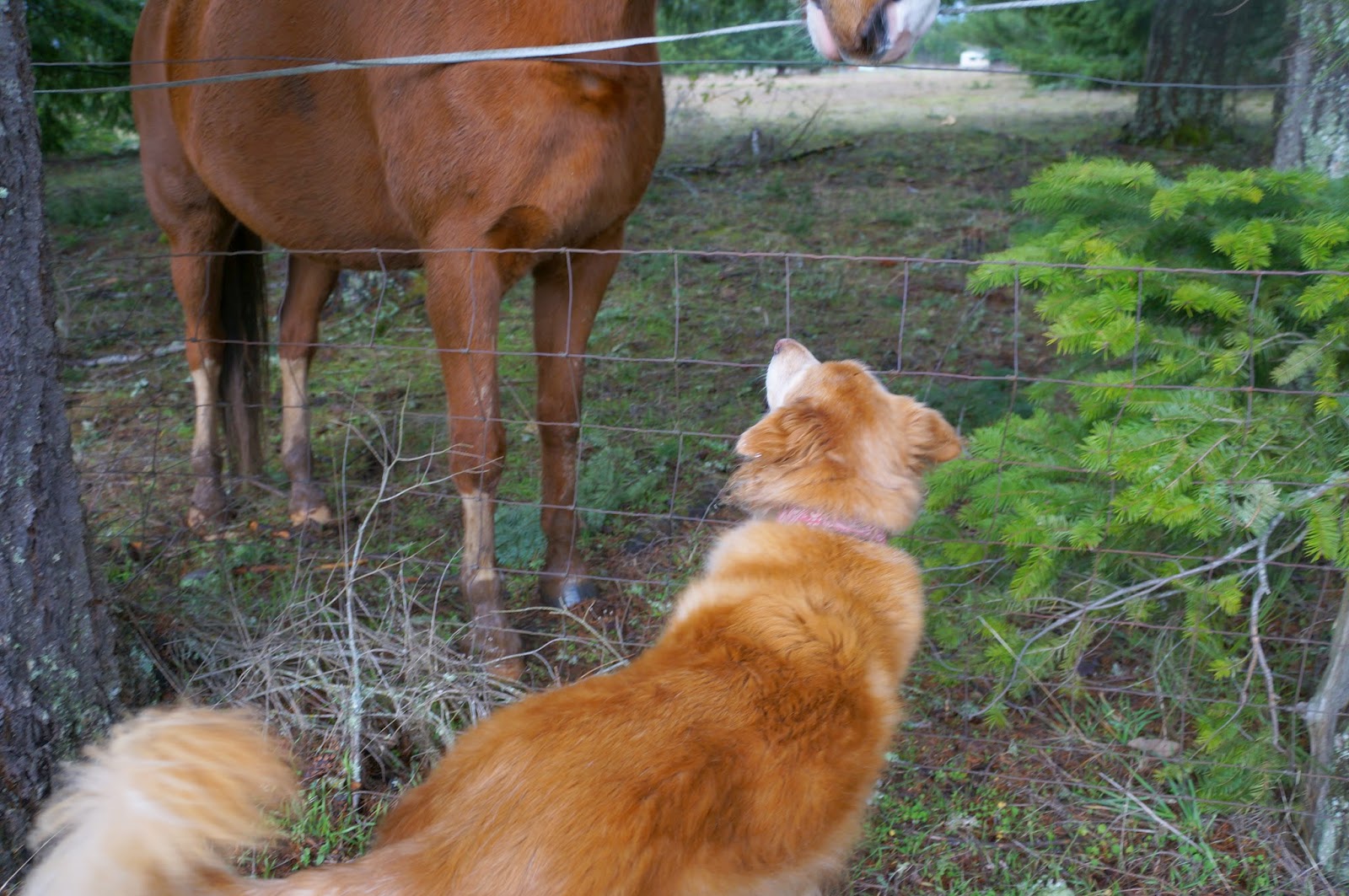 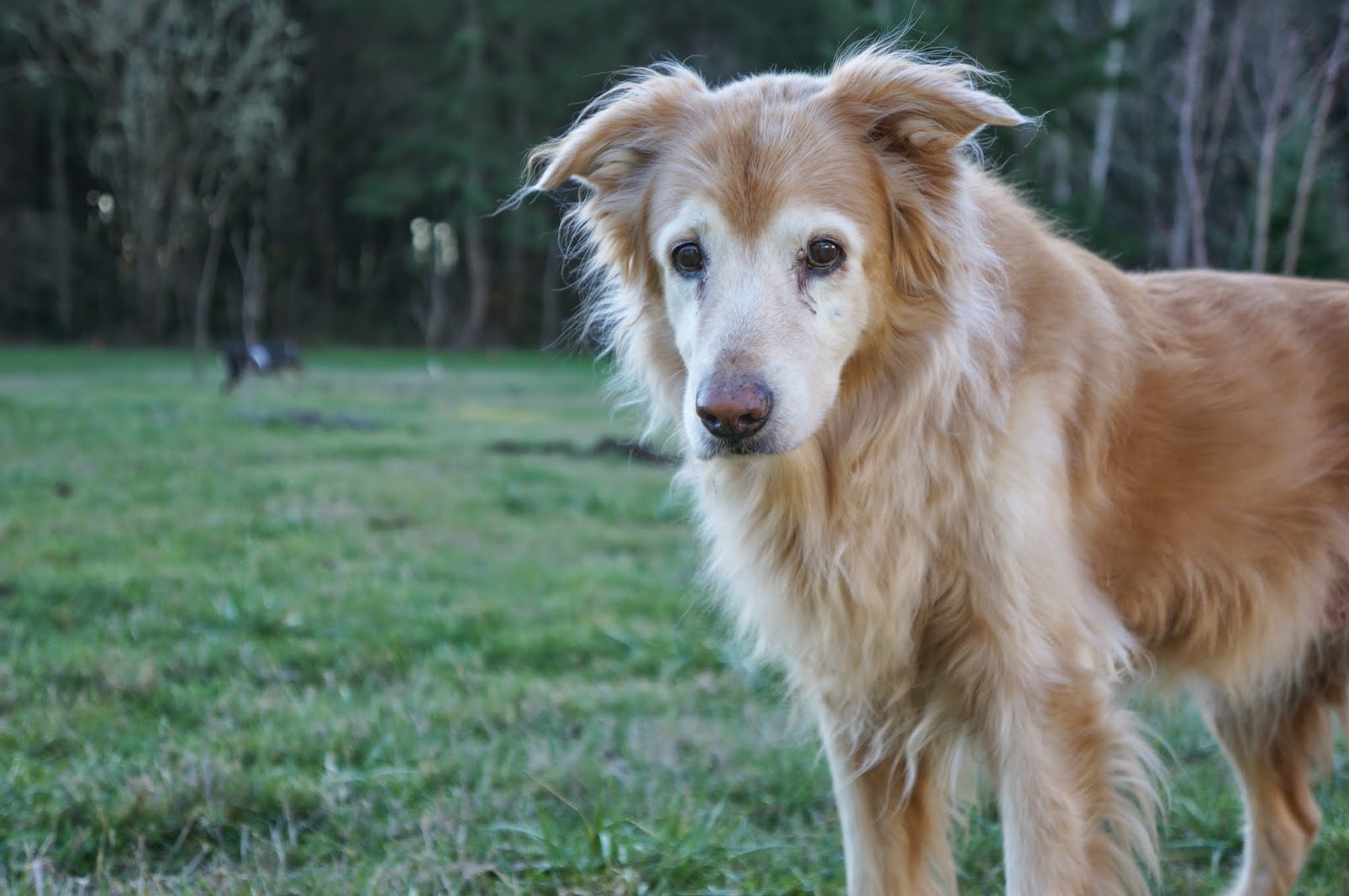 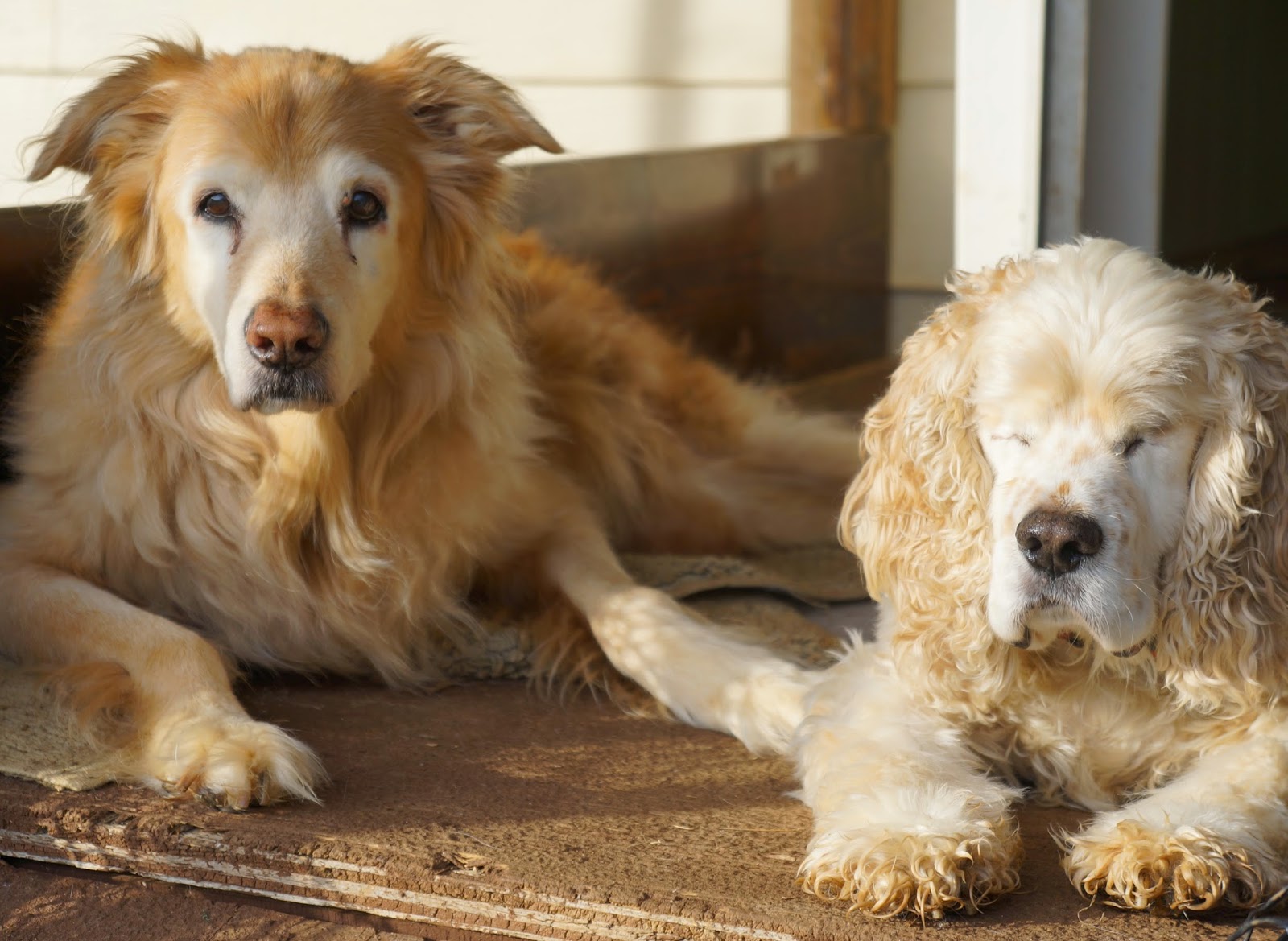 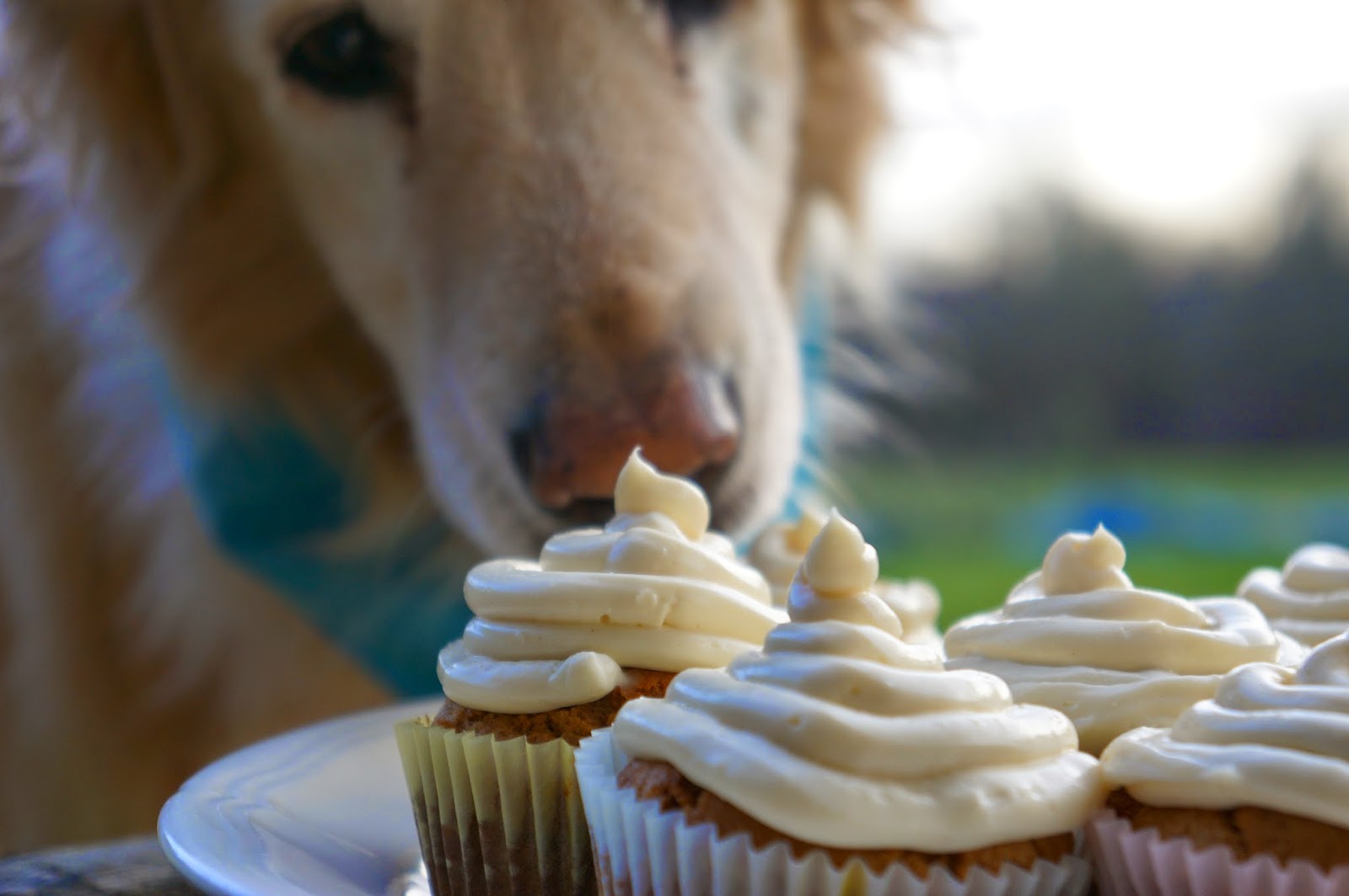 Hannah admiring the cupcakes at her brother Rocco's birthday, but she was a good girl and didn't help herself to them until I said it was alright. 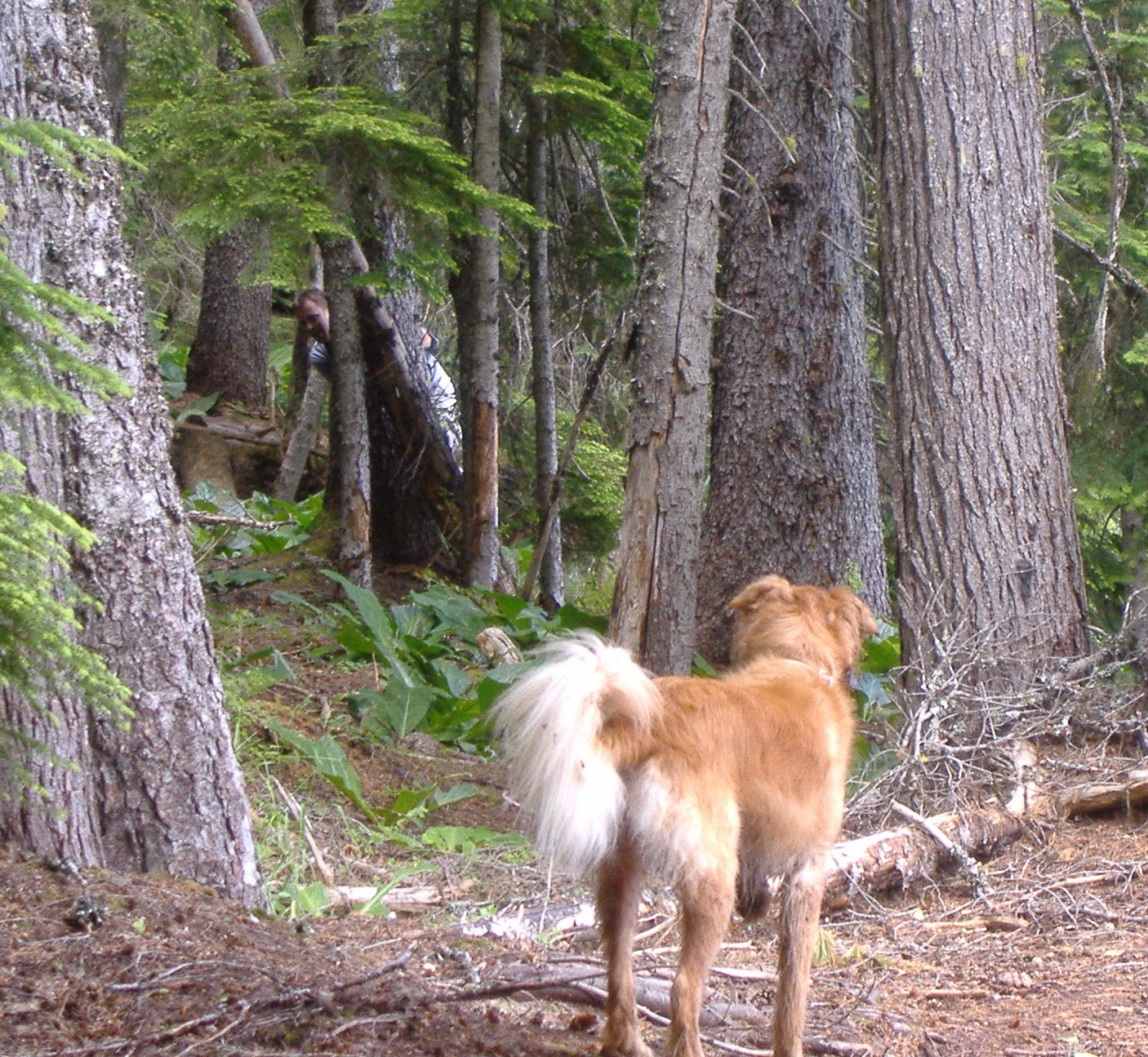 Hannah and my husband playing hide and seek. 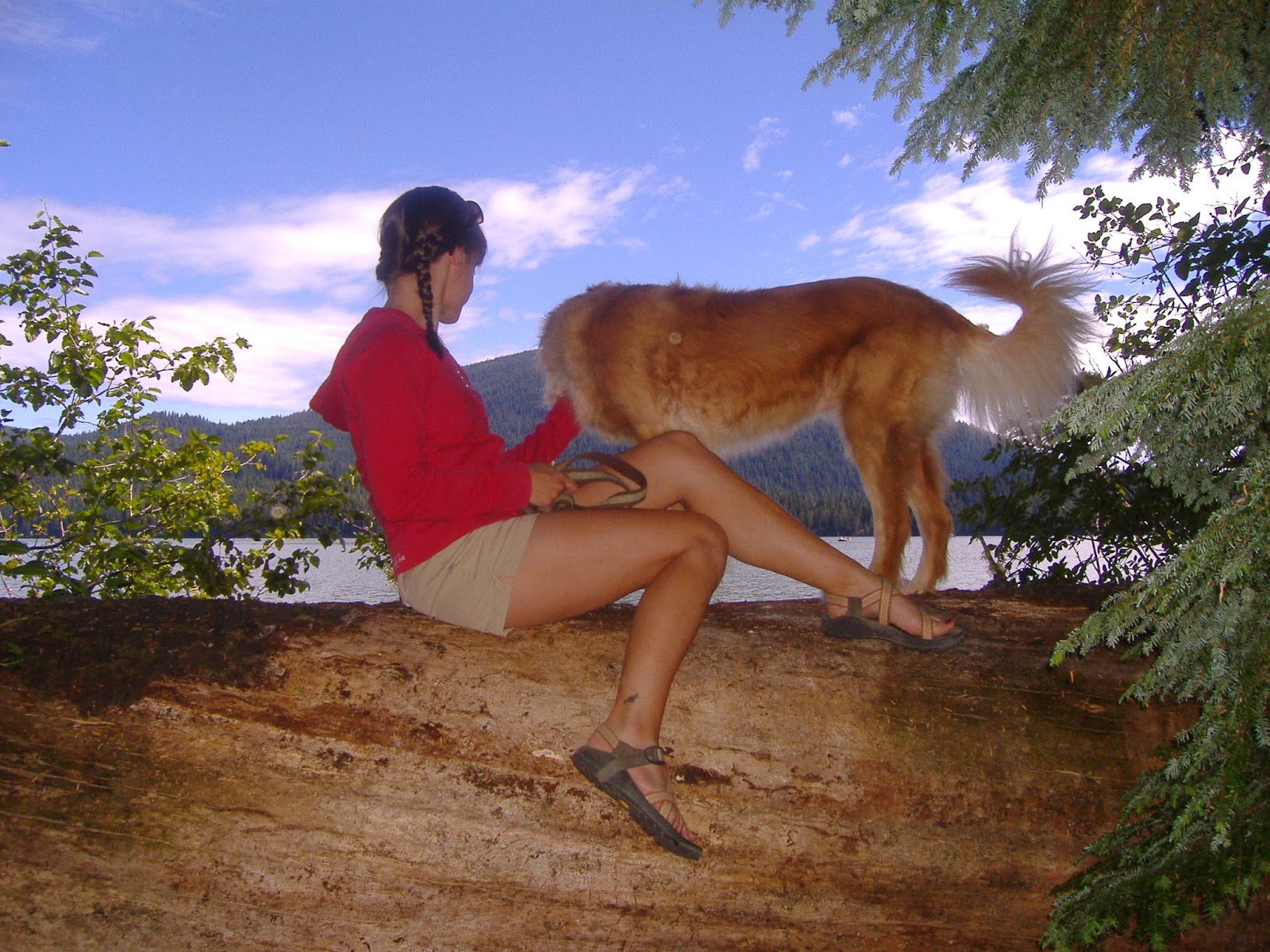 Hannah and I resting after a hike. 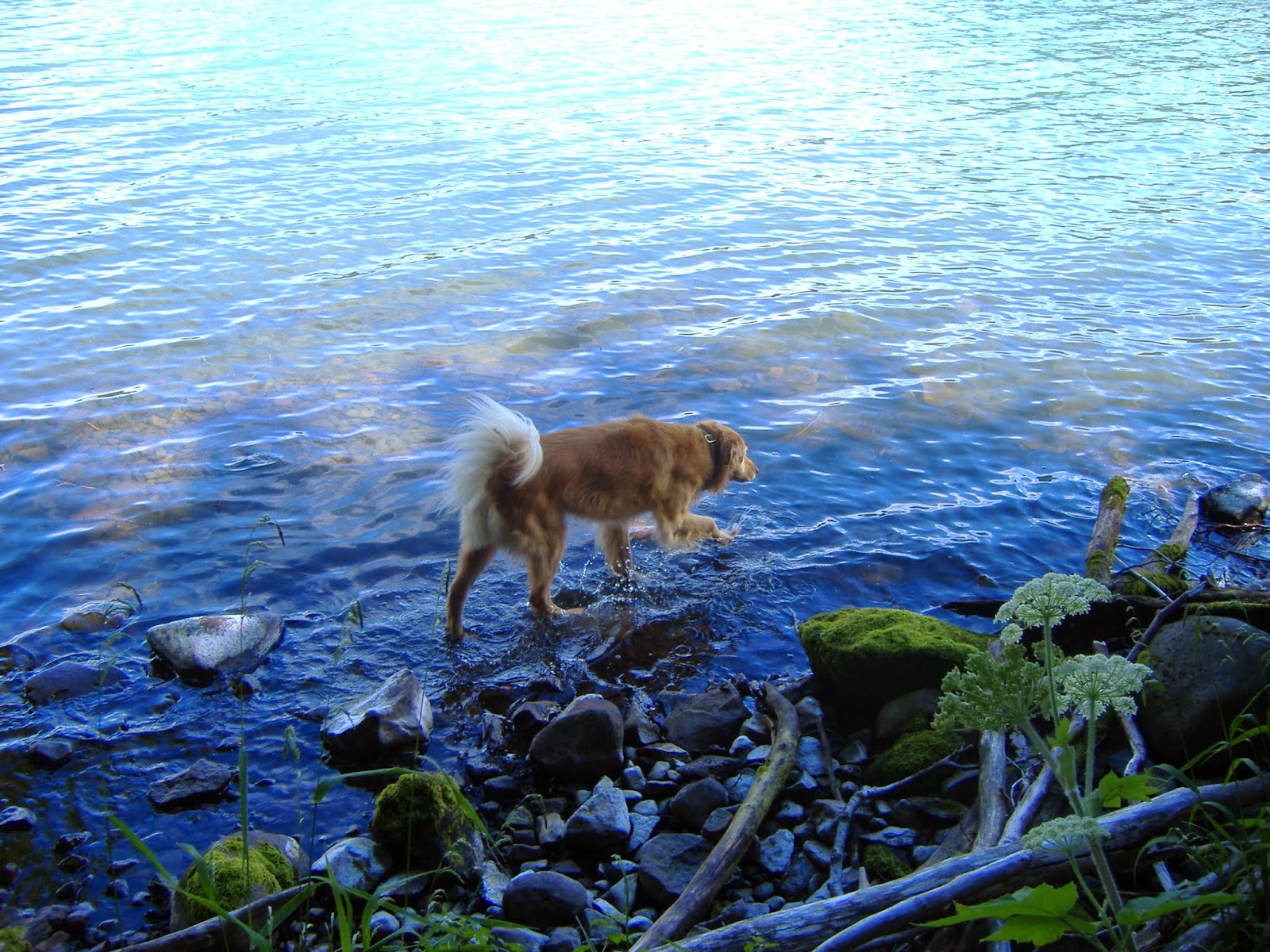