Tobey, our little blind cocker spaniel, becomes obsessed with things that are new to him.  When we first adopted him he was really obsessed with the cat and was constantly following her around and trying to sniff her.  He became obsessed when we got a new bed and would circle around the bed, bark and try to jump up on the bed (at the this time the bed was way to high for him to jump on). 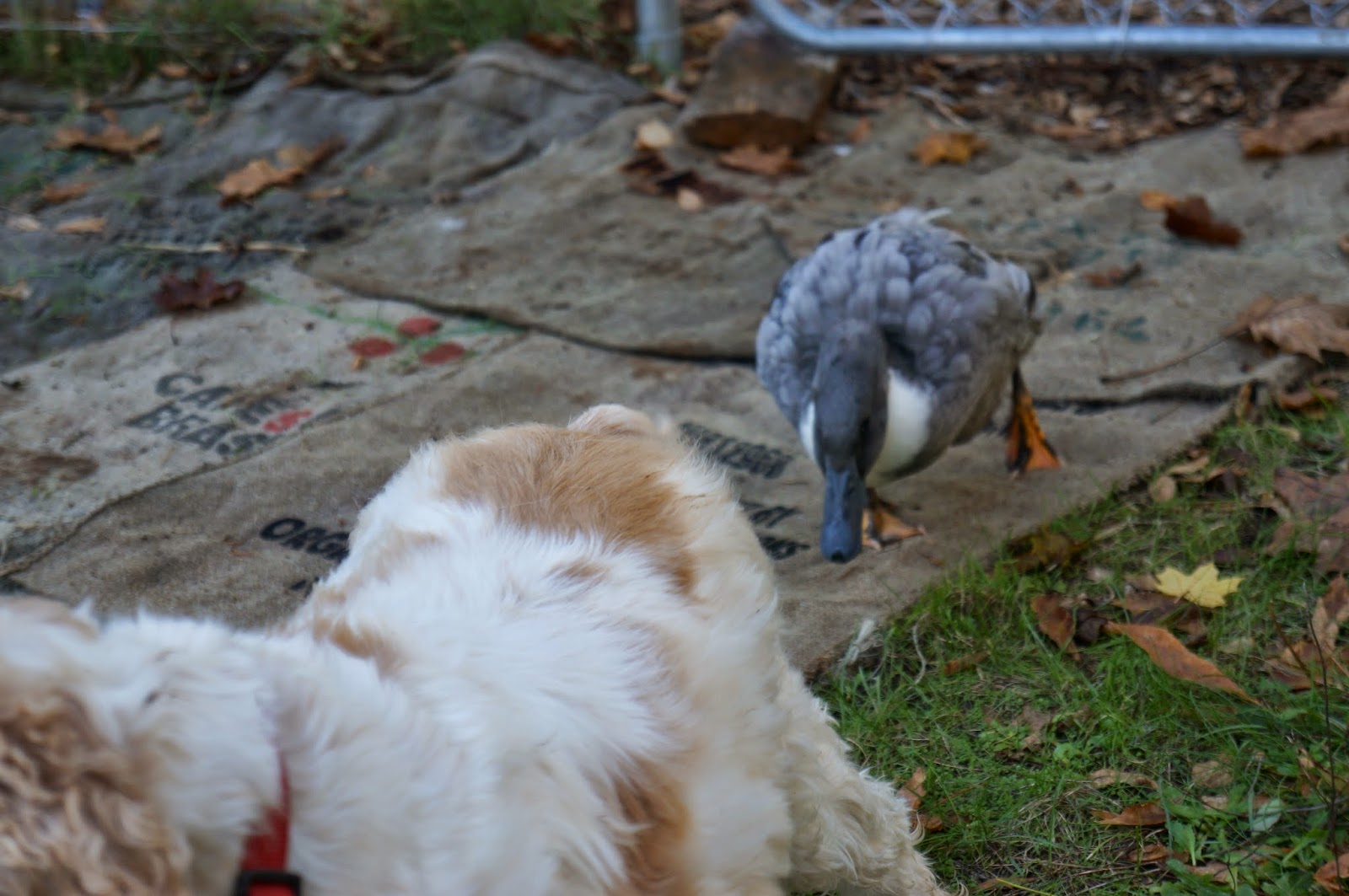 Poppy, the attack duck, is not happy with this obsession! 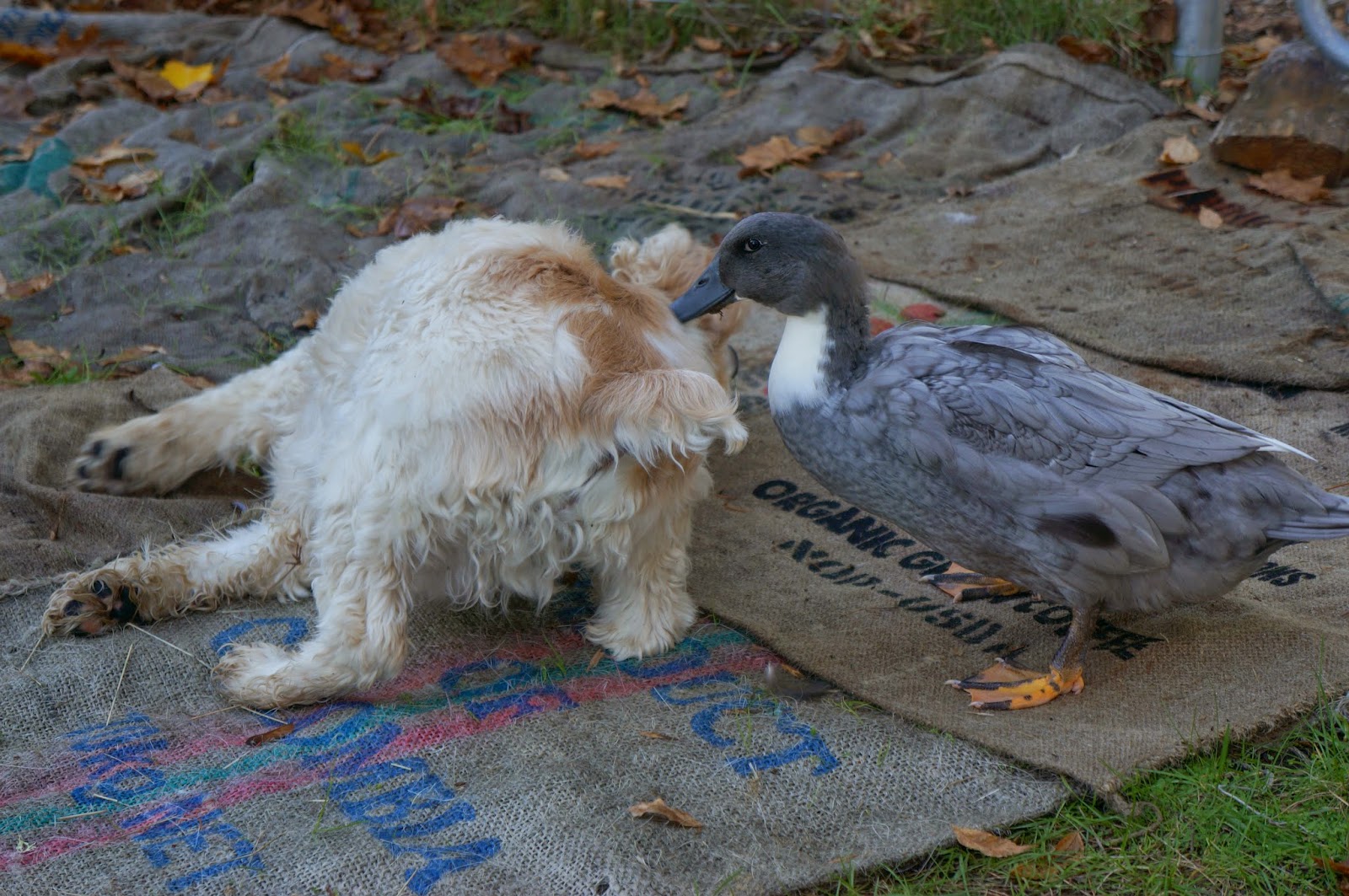 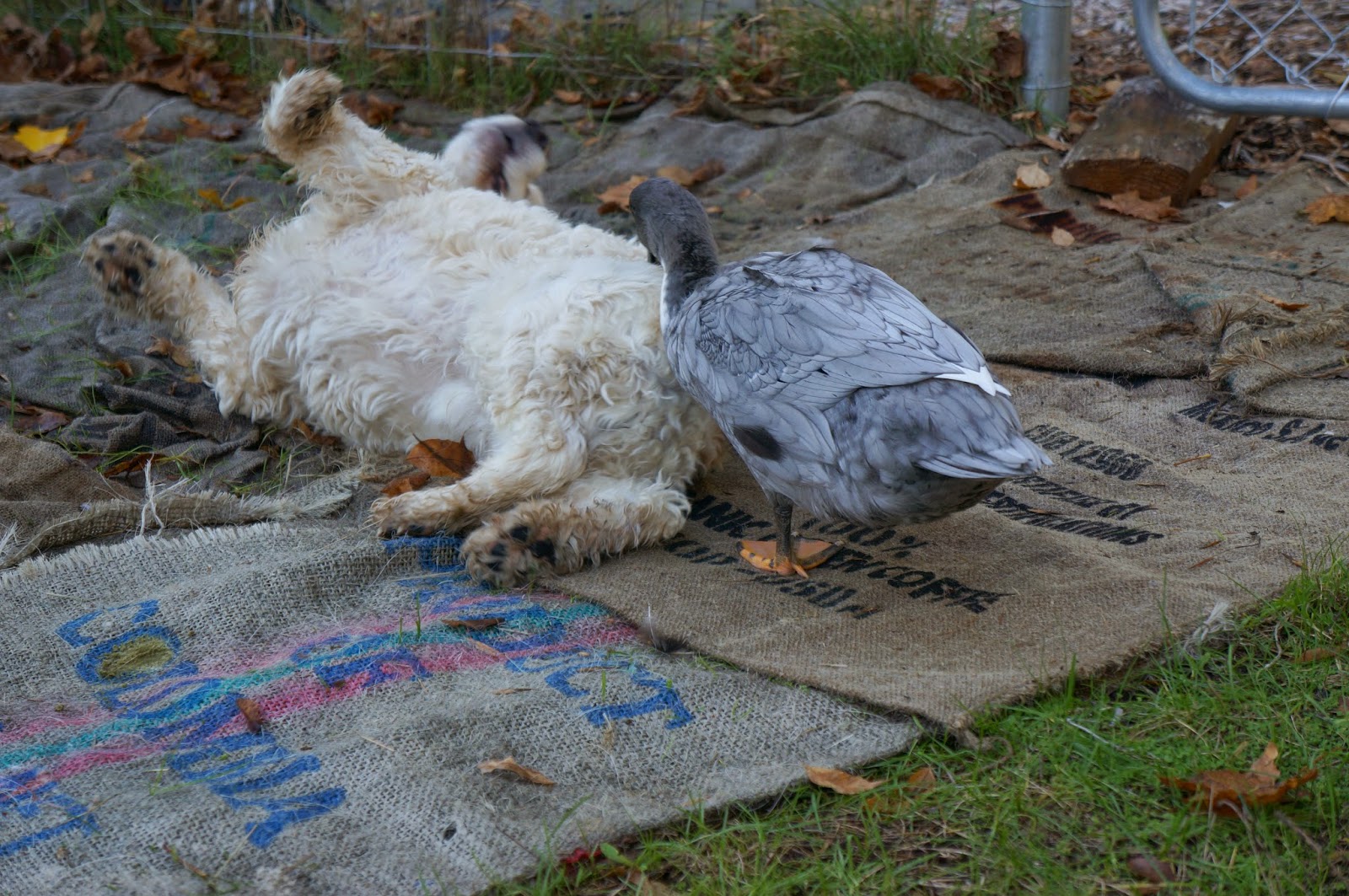 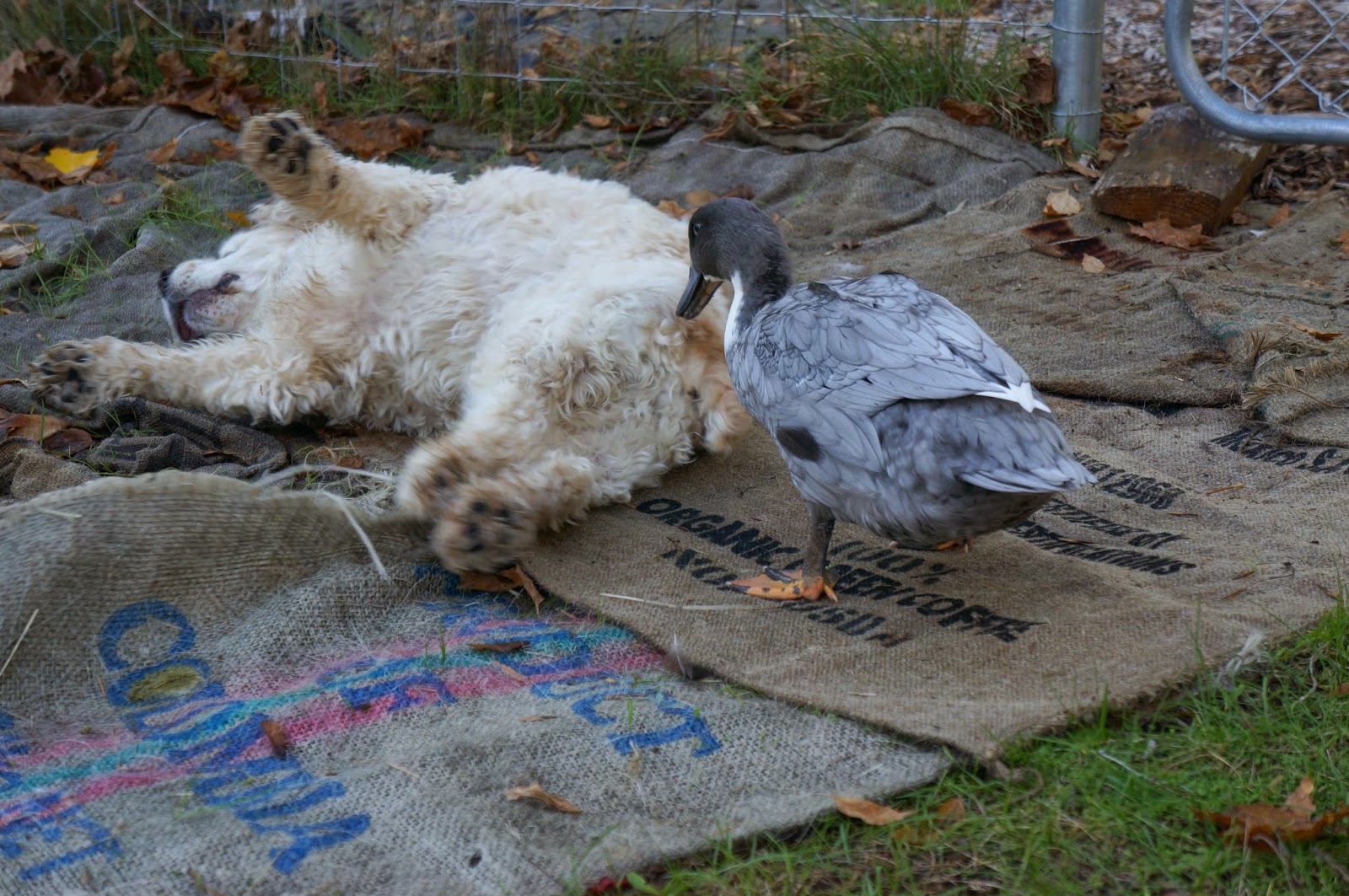 Unfortunately, Tobey seems to think that Poppy is trying to play with him and gets even more excited when she bites him. 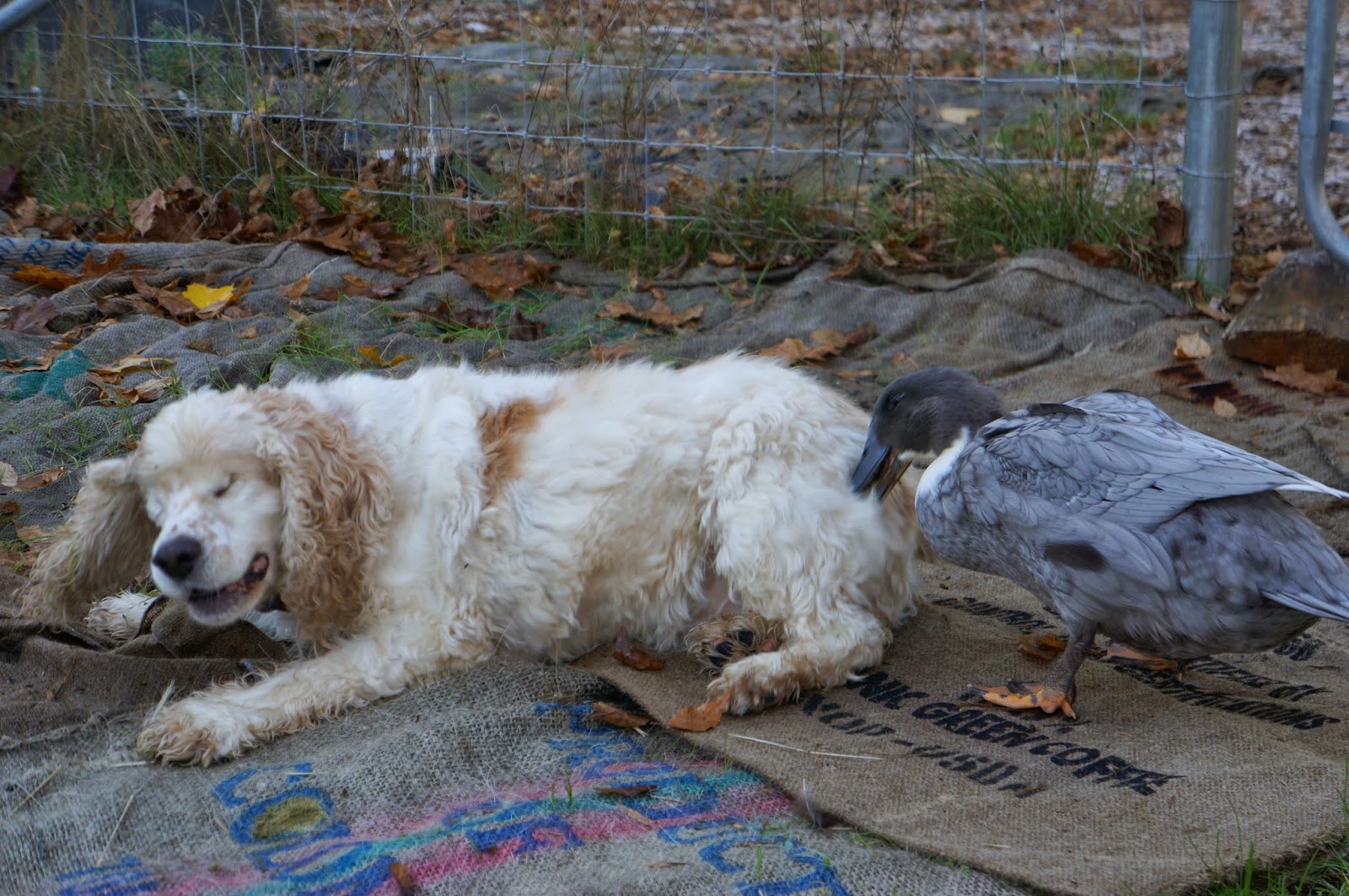 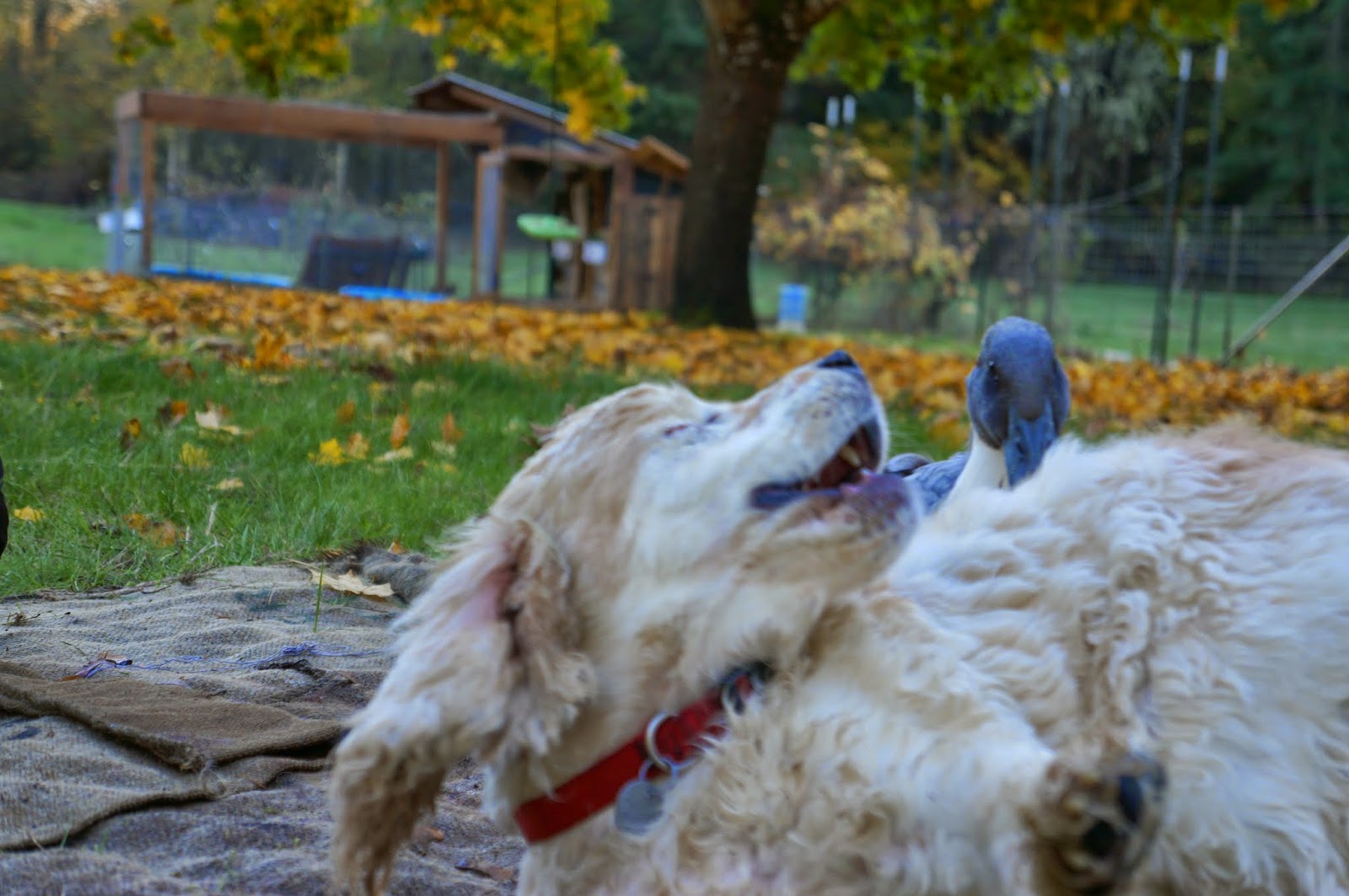 His other obsessions didn't last so I'm really hoping once he gets used to the ducks he will stop obsessing.